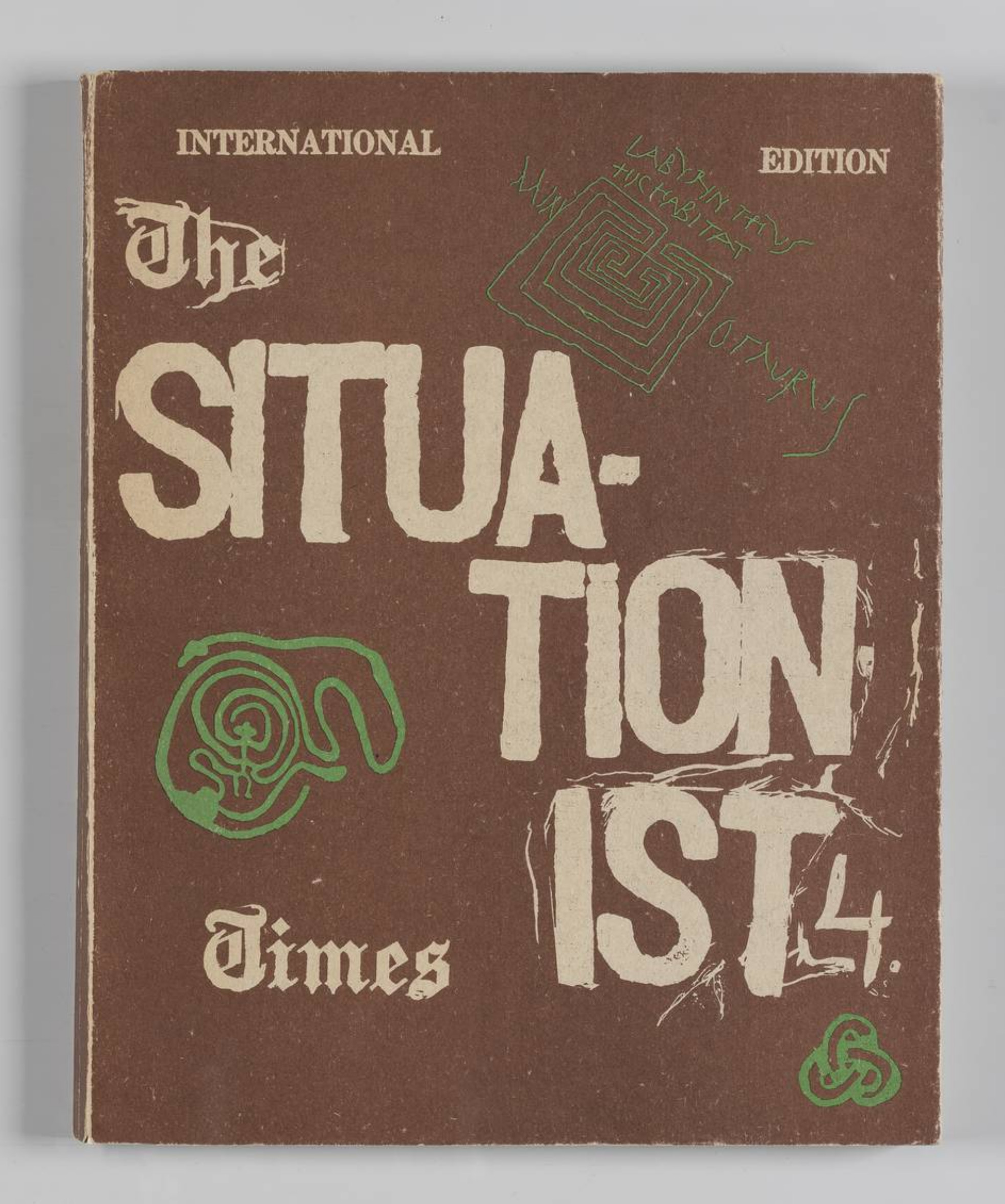 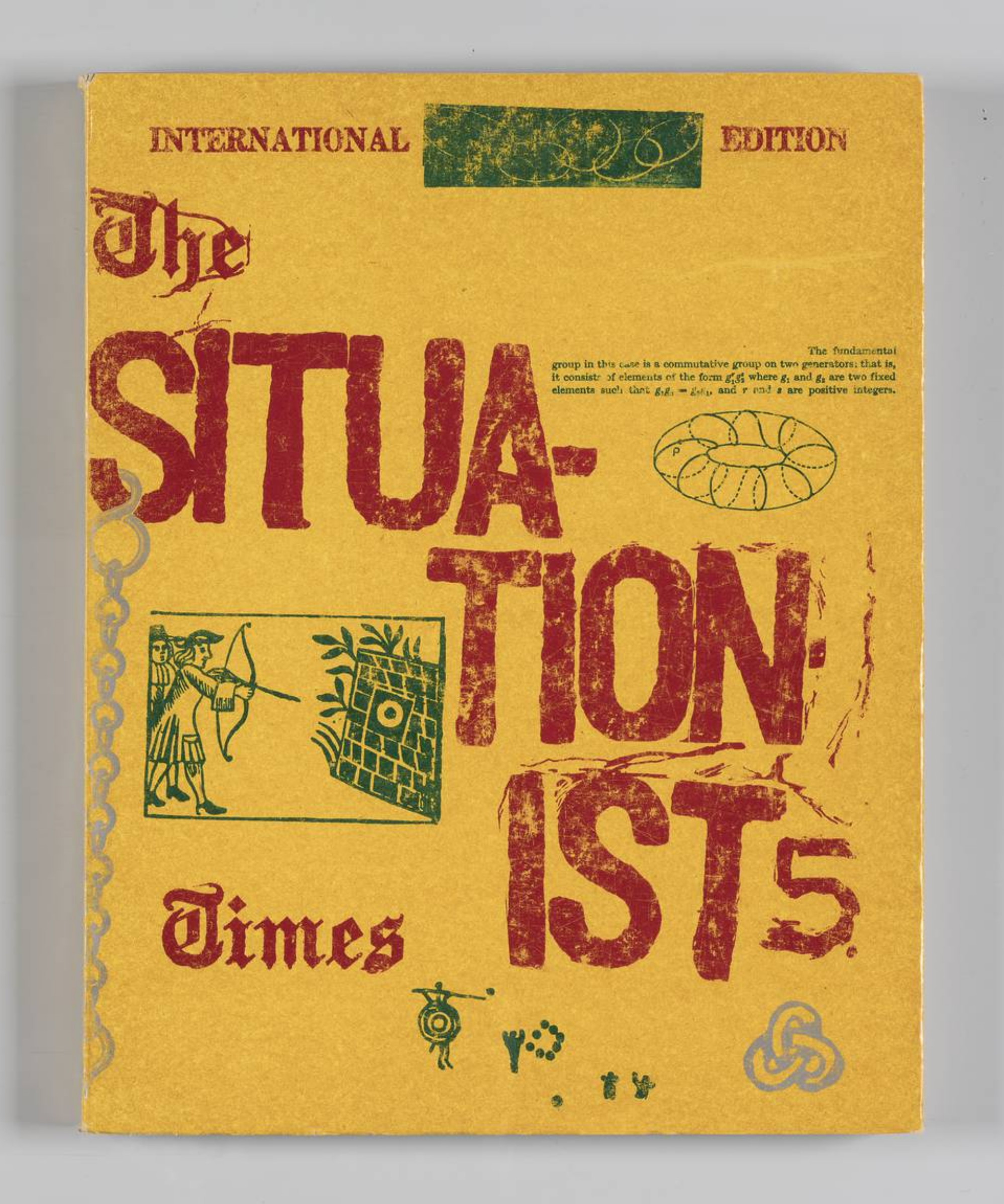 “The Situationist Times was an international, English-language periodical created and edited by Jacqueline de Jong, of which six issues were published between 1962 and 1967. A radical compendium using such Situationist tactics as détournement and a printed form of dérive, the journal included essays, artwork, found images, and quotations concerned with such issues as topology, politics, and spectacle culture.” (Beinecke’s Postwar Culture)

Jacqueline de Jong had in 1958 become acquainted with the artist Constant and other Dutch members of the Situationist International – Armando and the architect Har Oudejans – while working for the Stedelijk Museum in Amsterdam. From 1957 until 1962 the role of the artists in the S.I. was of great significance, particularly Jorn and Constant, the Belgian Maurice Wijckaert, the Italian Pinot Gallizio, German “Gruppe Spur”, Jacqueline de Jong, the Brits Ralph Romney and Gordon Fazekerly, and the Scandinaians Ansgar Eelde, J.J. Thorsen, Jørgen Nash.

In 1960, there was a conflict between Debord and the Dutch section after being expelled, Debord to write to her: “La Hollande est à vous”.

In Paris, in February 1962, Jacqueline de Jong was herself expelled after defending the Gruppe Spur. Who had been expelled earlier. In May that year she launched the magazine The Situationist Times. The first two issues were edited with Noel Arnaud. The launch of the Magazine had been announced and agreed upon at a meeting of the S.I. in Brussels the previous year. The students uprising in Paris May 1968 was supported by Jacqueline de Jong with posters.” (CCIndex)

Number 4 deals with labyrinths and Number 5 takes up the theme of rings and chains.

See also research notes for SI4 and maquettes for SI5 at Beinecke.
The full run is available on Monoskop wiki. (added on 2021-11-1)