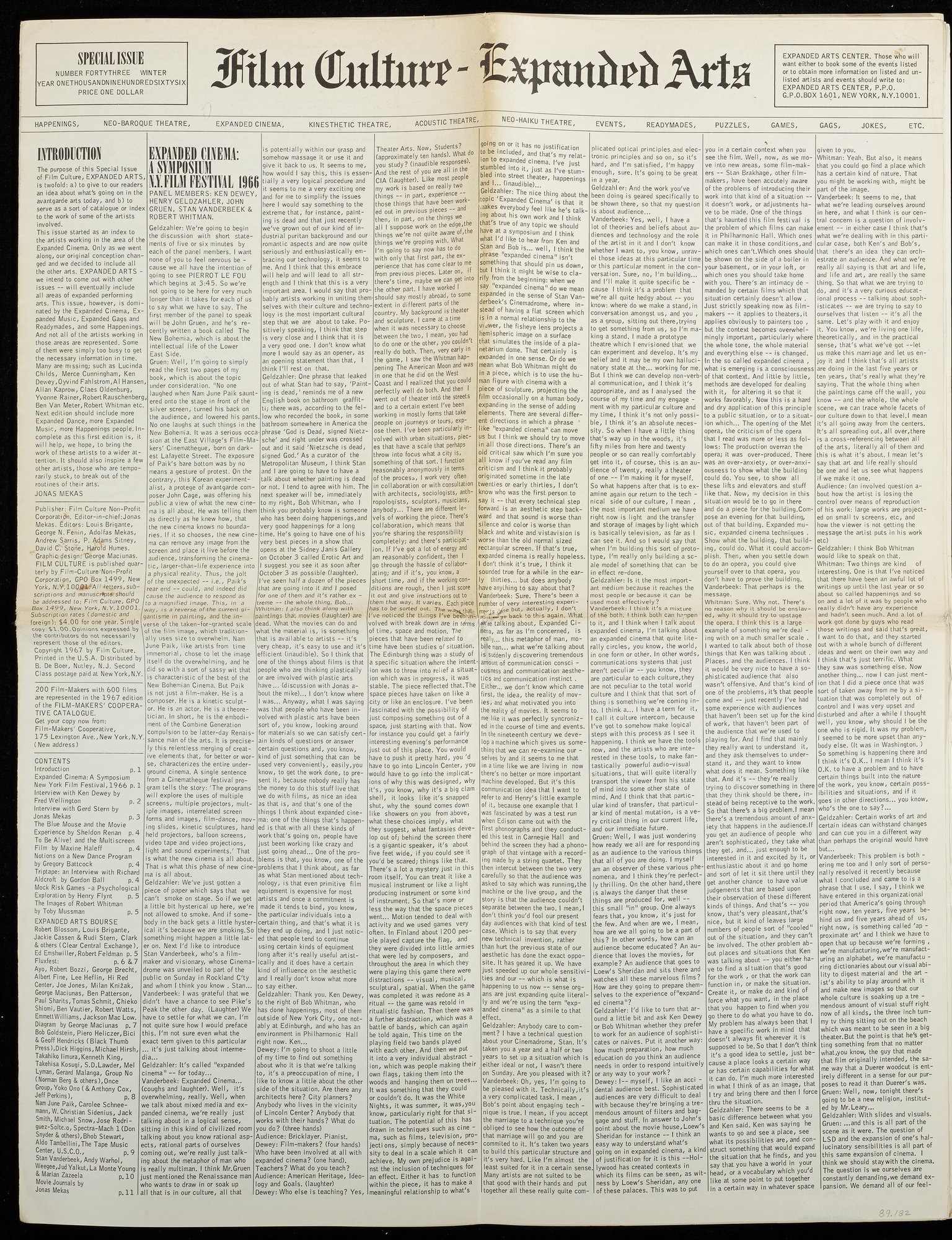 From the Introduction: “The purpose of this Special Issue of Film Culture, EXPANDED ARTS, is twofold: a) to give to our readers and idea about what’s going on in the avantgarde arts today, and b) to serve as a sort of catalogue or index to the work of some of the artists involved.

This issue started as an index to the artists working in the area of Expanded Cinema. Only as we went along, our original conception changed and we decided to include all the other arts. EXPANDED ARTS – we intend to come out with other issues–will eventually include all areas of expanded performing arts. This issue, however, is dominated by the Expanded Cinema, Expanded Music, Expanded Gags and Readymades, and some Happenings. And not all of the artists working in those areas are represented. Some of them were simply too bnusy to get the necessary information in time. Many are missing; such as Lucinda Childs, Merce Cunningham, Ken Dewey, Oyvind Fahlstrom, Al Hansen, Allan Kaprow, Claes Oldenburg, Yvonne Rainer, Robert Rauschenberg, Ben Van Meter, Robert Whitman etc.”