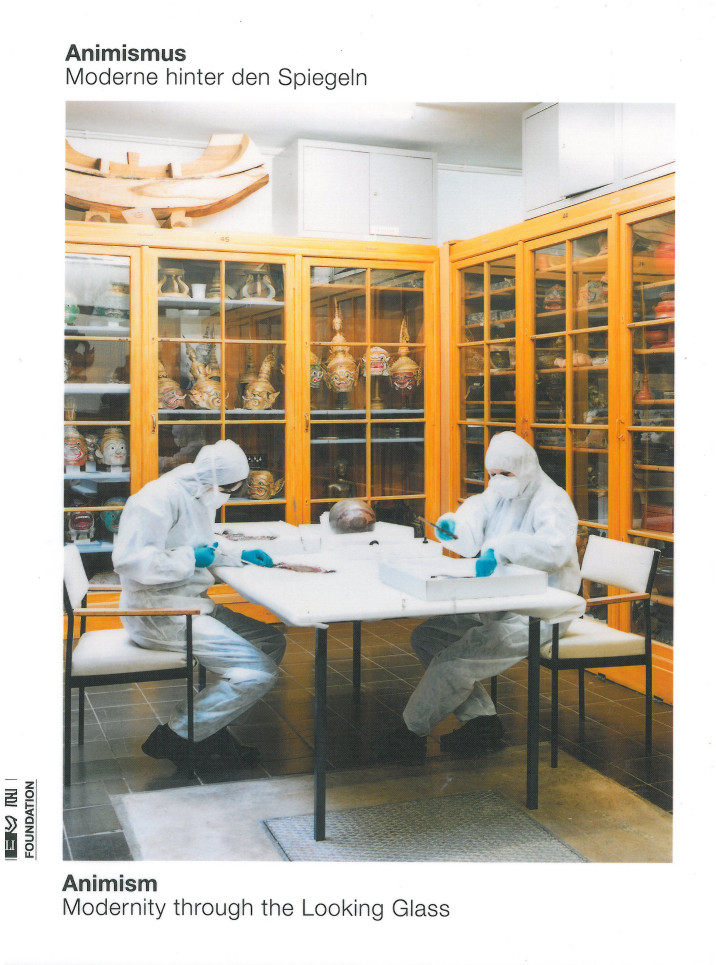 “Animism. Modernity through the Looking Glass takes its cue from the ethnological concept of animism that emerged in the nineteenth century in the context of colonialism in search of a “primal” religion. The term was applied to cultures that view nature and objects as having a soul and a life of their own. This concept borrowed from ethnology also plays a key role in psychoanalysis, where it denotes a mental state in which the inner and outer worlds are not distinct from each other.

The catalogue brings together artworks, documents, and artifacts to create an essayistic visual space that points to the need for a decolonialization and revision of this traditional understanding of animism. The show juxtaposes historical materials such as early attempts to animate technologically reproduced images with contemporary works addressing the line between life and non-life.”