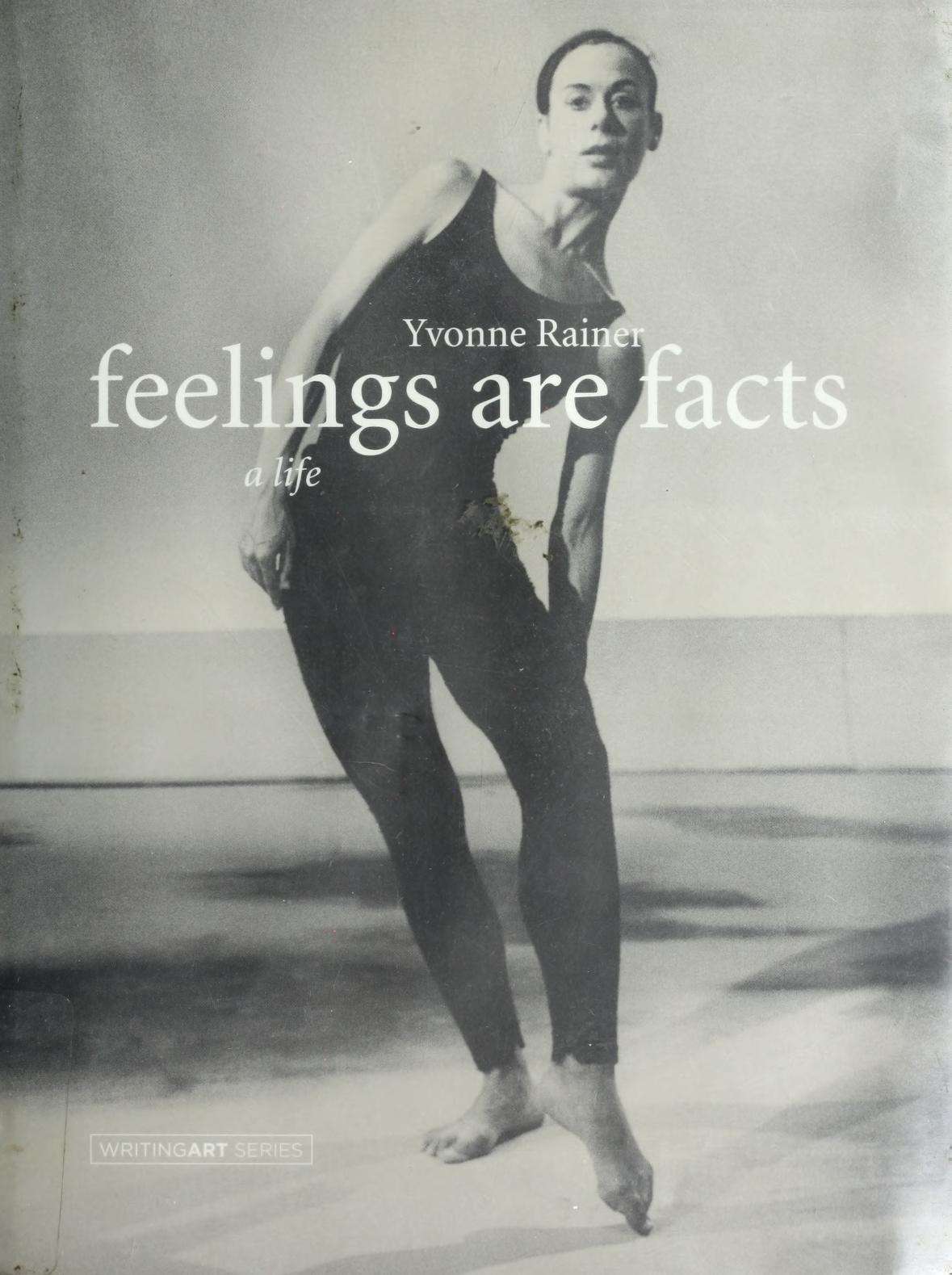 “In this memoir, dancer, choreographer, and filmmaker Yvonne Rainer traces her personal and artistic coming of age. Feelings Are Facts (the title comes from a dictum by Rainer’s one-time psychotherapist) uses diary entries, letters, program notes, excerpts from film scripts, snapshots, and film-frame enlargements to present a vivid portrait of an extraordinary artist and woman in postwar America.

Rainer tells of a California childhood in which she was farmed out by her parents to foster families and orphanages, of sexual and intellectual initiations in San Francisco and Berkeley, and of artistic discoveries and accomplishments in the New York City dance world. Rainer studied with Martha Graham and Merce Cunningham in the late 1950s and early 1960s, cofounded the Judson Dance Theater in 1962, hobnobbed with New York artists including Robert Rauschenberg, Robert Morris (her lover and partner for several years), and Yoko Ono, and became involved with feminist and antiwar causes in the 1970s and 1980s. Rainer writes about how she constructed her dances—including The Mind Is a Muscle and its famous section, Trio A, as well as the recent After Many a Summer Dies the Swan—and about turning from dance to film and back to dance. And she writes about meeting her longtime partner Martha Gever and discovering the pleasures of domestic life.”