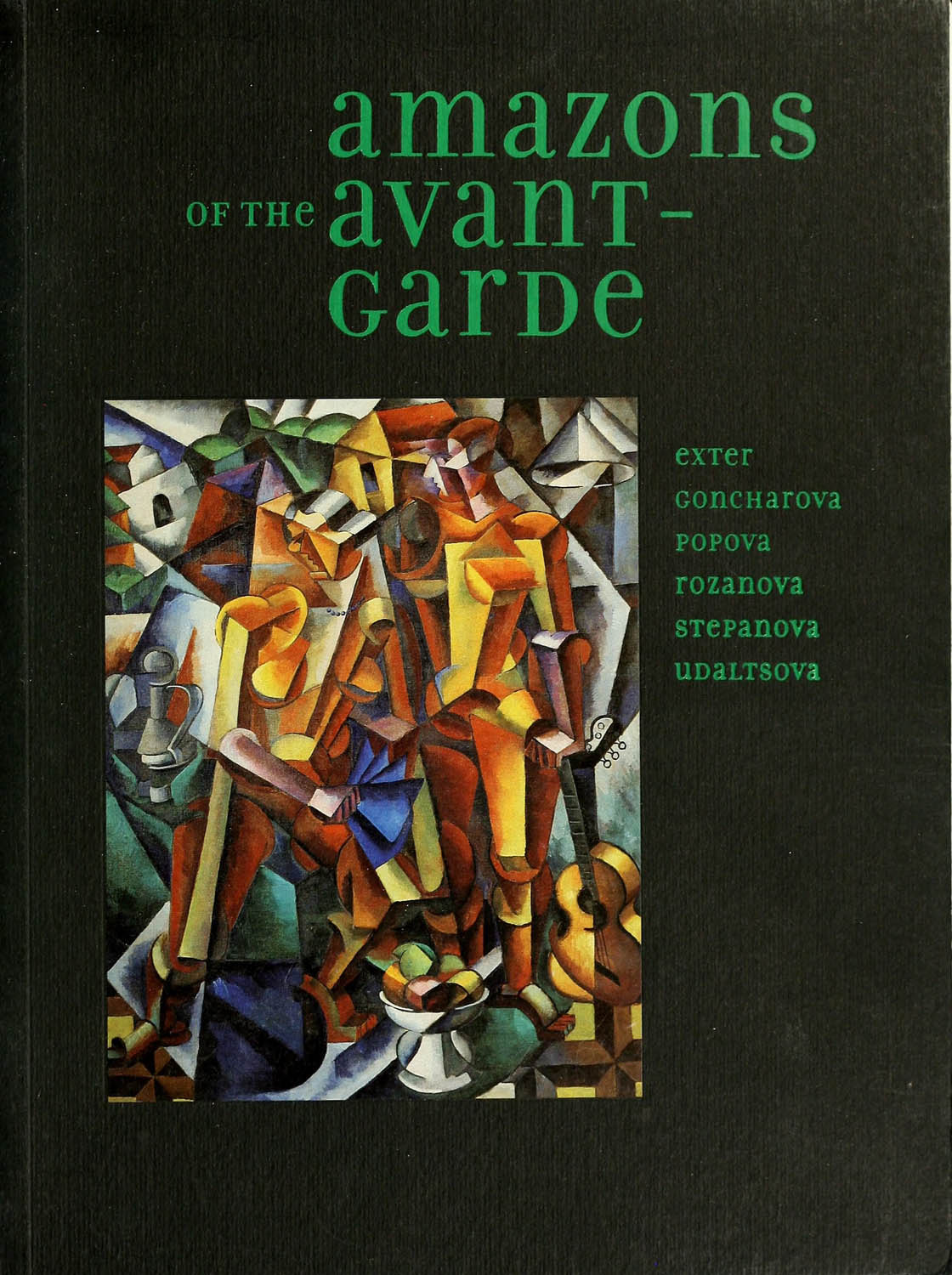 “Amazons of the Avant-Garde presents work by six Russian women who contributed to the development of modern art in the first quarter of the 20th century: Alexandra Exter, Natalia Goncharova, Liubov Popova, Olga Rozanova, Varvara Stepanova, and Nadezhda Udaltsova. The catalogue includes several essays that discuss the hindrances and influences affecting women in Russian avant-garde art circles. In addition, each artist featured in the exhibition (originally set up at the Deutsche Guggenheim Berlin in 1999, next year travelled to the New York’s Guggenheim through London, Venice, and Bilbao) is individually discussed at length, along with biographical timelines and excerpts of their writings from letters and publications. Color reproductions of the works in the exhibition accompany the essays to form a cohesive illustration of the art world in Russia during the first decades of the 20th century and the women who changed the aesthetic canons of their time.”