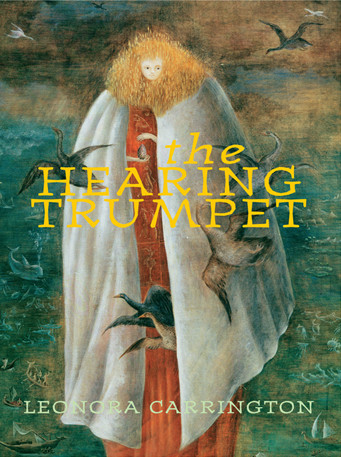 “The Hearing Trumpet is the story of 92-year-old Marian Leatherby, who is given the gift of a hearing trumpet only to discover that what her family is saying is that she is to be committed to an institution. But this is an institution where the buildings are shaped like birthday cakes and igloos, where the Winking Abbess and the Queen Bee reign, and where the gateway to the underworld is open. It is also the scene of a mysterious murder. Occult twin to Alice in Wonderland, The Hearing Trumpet is a classic of fantastic literature.”