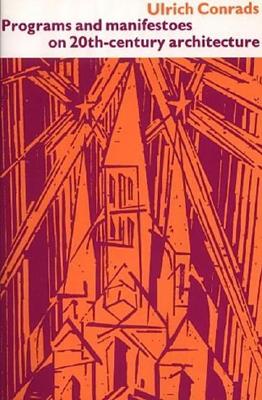 “The present volume offers eloquent testimony that many of the master builders of this century have held passionate convictions regarding the philosophic and social basis of their art. Nearly every important development in the modern architectural movement began with the proclamation of these convictions in the form of a program or manifesto. The most influential of these are collected here in chronological order from 1903 to 1963. Taken together, they constitute a subjective history of modern architecture; compared with one another, their great diversity of style reveals in many cases the basic differences of attitude and temperament that produced a corresponding divergence in architectural style.

In point of view, the book covers the aesthetic spectrum from right to left; from programs that rigidly generate designs down to the smallest detail to revolutionary manifestoes that call for anarchy in building form and town plan. The documents, placed in context by the editor, are also international in their range: among them are the seminal and prophetic statements of Henry van de Velde, Adolf Loos, and Bruno Taut from the early years of the century; Frank Lloyd Wright’s 1910 annunciation of Organic Architecture; Gropius’s original program for the Bauhaus, founded in Weimar in 1919; “Towards a New Architecture, Guiding Principles” by Le Corbusier; the formulation by Naum Gabo and Antoine Pevsner of the basic principles of Constructivism; and articles by R. Buckminster Fuller on universal architecture and the architect as world planner. Other pronouncements, some in flamboyant style, including those of Erich Mendelsohn, Hannes Meyer, Theo van Doesburg, Oskar Schlemmer, Ludwig Mies van der Rohe, El Lissitzky, and Louis I. Kahn. There are also a number of collective or group statements, issued in the name of movements such as CIAM, De Stijl, ABC, the Situationists, and GEAM.

Since the dramatic effectiveness of the manifesto form is usually heightened by brevity and conciseness, it has been possible to reproduce most of the documents in their entirety; only a few have been excerpted.” 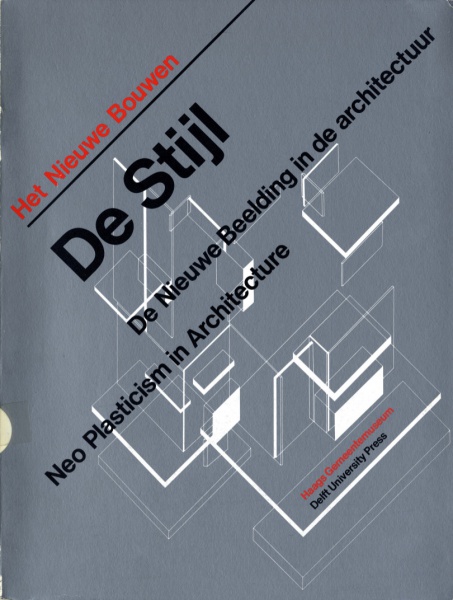