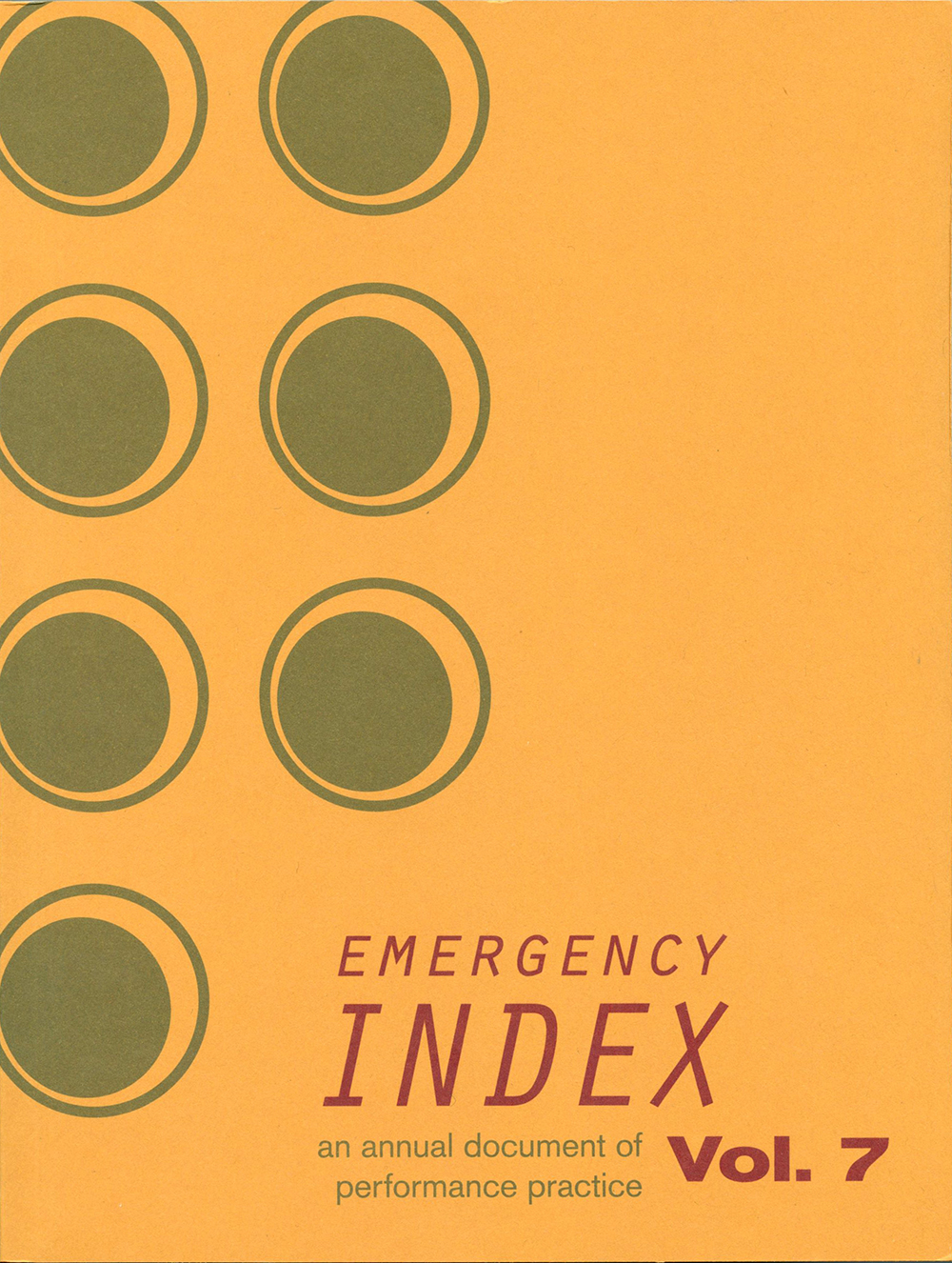 “Emergency INDEX is an annual print publication documenting performances that occurred in one calendar year. Begun in 2011, INDEX was conceived as a “state of the field” publication that could present a year-to-year view of the issues, techniques, and challenges that performance makers dealt with in the work they actualized. Every year since then, INDEX has published hundreds of documents of performances made in various genres and media, for different audiences and purposes, and in a wide variety of venues, cities, and countries. Each annual volume includes three back-of-the-book indexes: an index of terms, an index of places, and an index of contributors. Taking as its starting point actual performances described by the artists who made them, INDEX proposes building your performance theory from the ground up.” 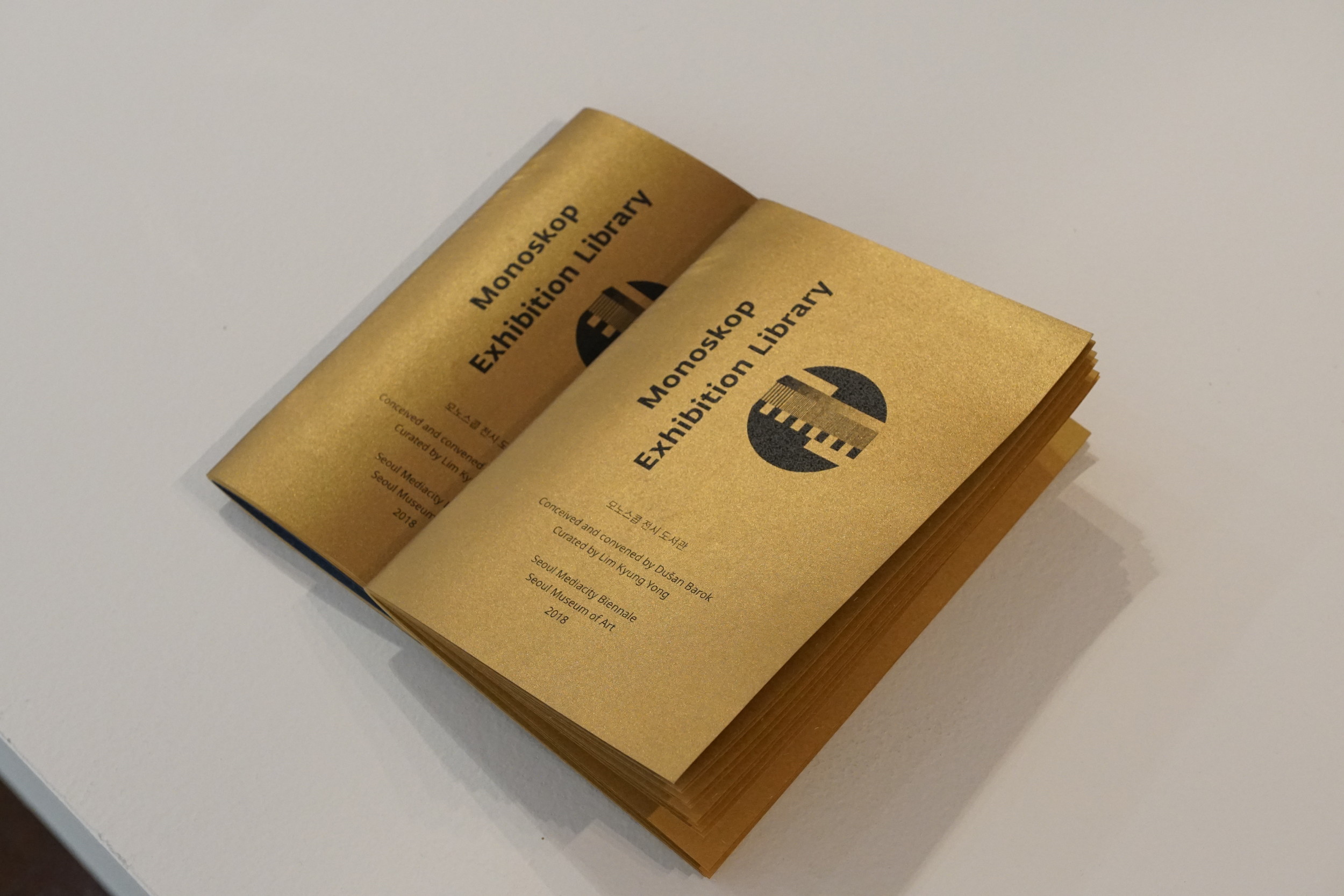 The Exhibition Library reimagines the medium of art exhibition as well as that of art catalogue. Catalogues carry exhibitions through time and space, figuring as tropes for imagining arrangements and the course of works and settings they describe. However, they rarely give us a clue about what really happened, since they are often made before the show opens. Rather than documenting it, they often stand on their own, almost as if another work on display, truly as an artistic medium on its own. For this work, artists, designers, curators, poets and collectives created thirty catalogues of imaginary exhibitions. Exploring both the potential and impossible in art, the resulting exhibition library also serves as a “library of exhibitions.” 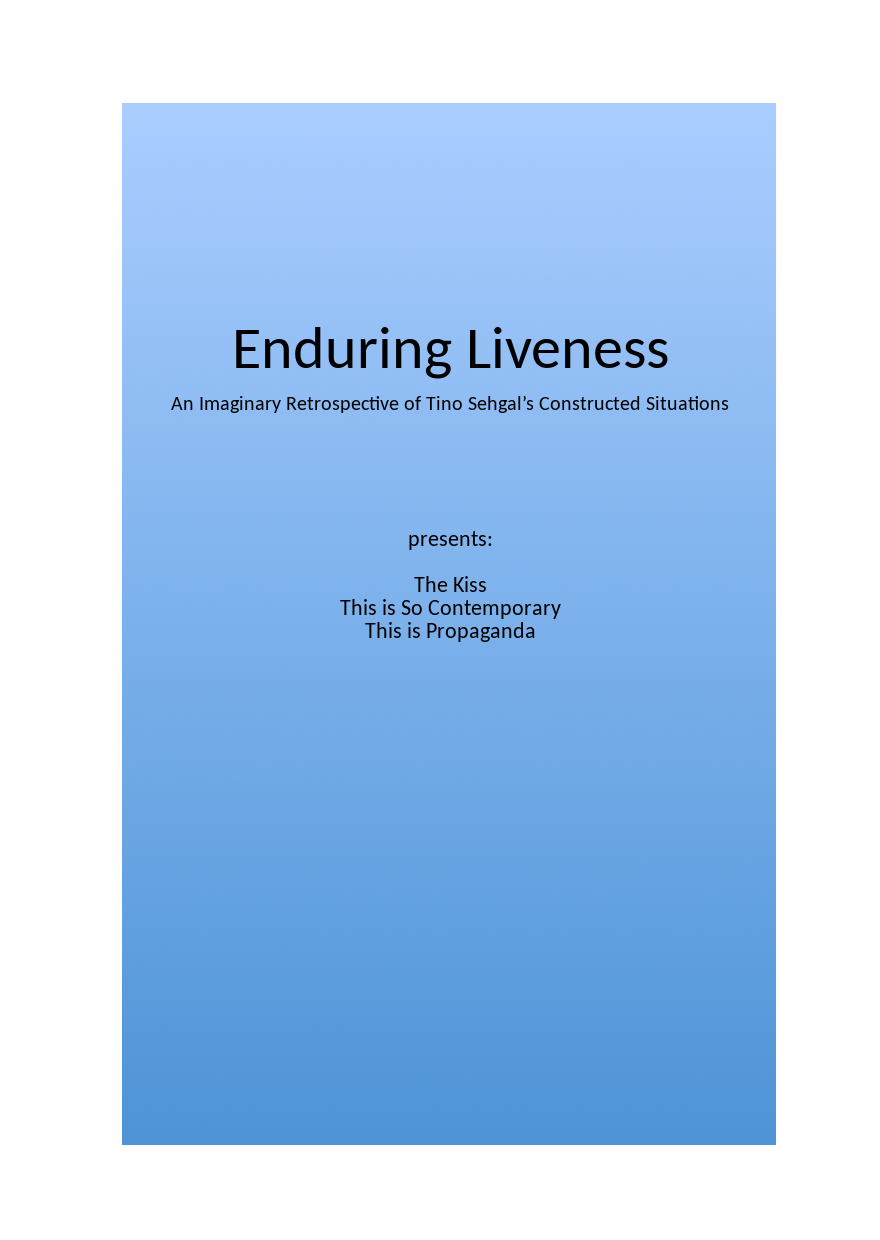 “The key functions of a museum are the collection, presentation, preservation and education of cultural and artworks for the enjoyment of, and to educate, the public. Performance art has been notoriously difficult for museums to handle, despite the ‘easy’ presentation the non-materiality of the art form challenges the conventional methods and practices of a museum. Artist Tino Sehgal had added to these problems, persisting in having no documentation of his performances, or better his ‘constructed situations’, in whatever form or way. While several books and some catalogues are written about his work, none of them show visual representations of the actual performances.

While I sympathize with Sehgal’s aims and ideas, I’m also intrigued by the numerous ways in which documentation developed and expanded in the last two decades with more and more photos and videos appearing online. In this catalogue three perspectives are presented that open up the potential of documentation as a method to generate new articulations and ways of understanding, thinking and performing. Countering the “no photos allowed” from the press statements of the museums, with the documentation used by online news outlets and those created by visitors, the experience of being present at the performance can no longer be considered as a fixed or even final perspective. Instead the constructed situations continue to act through viewing, capturing and circulation. Navigating the various documents that are created idiosyncratically according to access (having a camera and an Internet connection) or choice (having the willingness or courage to take an image and change the rules), the Imaginary Retrospective of Tino Sehgal adds to what theatre and performance scholar Sarah Bay-Cheng beautifully describes as “a multi-valent experience that is shaped and constructed by the individual experiences, choices, and negotiations of all parties within a connected network of information, sensations, and varying access points” (2012). At the same time, it might open up a desire for new performance to emerge.”