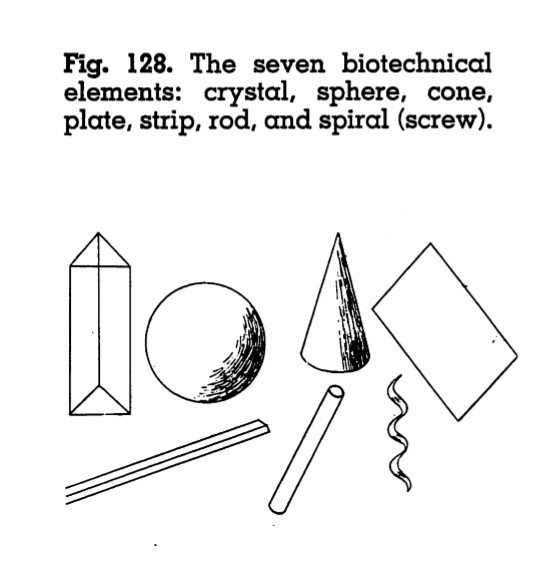 “Focusing on Weimar Germany, I ground the study of biomorphic Modernism in Ernő Kállai‘s 1932 identification of a trend he termed Bioromantik. Kállai wrote from a biocentric position, an amalgam of Nature Romanticism and biologism espoused by Nietzsche, Ernst Haeckel, Ludwig Klages, Oswald Spengler, Raoul Francé and Hans Prinzhorn in the early 20th century, here established as a politically-charged category of intellectual history. Kállai characterized Bioromantik as art, the imagery, forms or themes of which express Monist, Neo-Vitalist, lebensphilosophisch and Organicist, i.e. biocentric concepts such as the life-force, creative/destructive aspects of nature, and our unity with it. The work of artists he cited (Arp, Klee, Moore, Kandinsky, Ernst, etc. ) is biomorphic Modernist in style. Kállai’s conception derives from his realization of the similarity between biomorphic art and scientific photography, here termed the ‘naturamorphic analogy’, a topos traceable to Kandinsky’s pre-war writing.

Probably inspired by Walter Benjamin’s review of Karl Blossfeldt’s photographs, Kállai’s epiphany occurred in the Moholy-Nagy-curated ‘Raum-1’ of the 1929 Film und Foto show in Stuttgart; in effect a three-dimensional statement of his ‘New Vision’ that aestheticized scientific photography, and that — like Moholy’s entire pedagogical project — I show to be rooted in biocentrism. Thus, the profound effect biocentric thinkers had on the milieux Moholy emerged from is discussed: The fin-de-siècle Haeckelian tradition of normative aestheticized scientific imagery is shown to underlie New Vision; the biocentric wing of the Jugendbewegung is revealed as a source of Moholy’s biocentric pedagogy; inspired by Francé, ‘Biocentric Constructivism’ is identified as a discourse engaged in by Mies, Moholy, Lissitzky, Hausmann and Meyer; the Bauhaus, with attention to Gropius, Klee, Kandinsky, Schlemmer and Meyer, is recast as a locus of biocentric ideas.

Like others, Kállai proposed a ‘psychobiological’ explanation for the naturamorphic analogy: the artists’ identity with nature and their consequent intuitive imaging of its unseen aspects also revealed by science. I show how the aestheticization of scientific images effected by New Vision enabled Modernist artists and critics to be exposed to such imagery — an historical alternative to the essentialist explanation that constitutes a basis for research on biomorphic Modernist art.” (Abstract)

Department of the History of Art, University of Toronto, 1998
762 pages