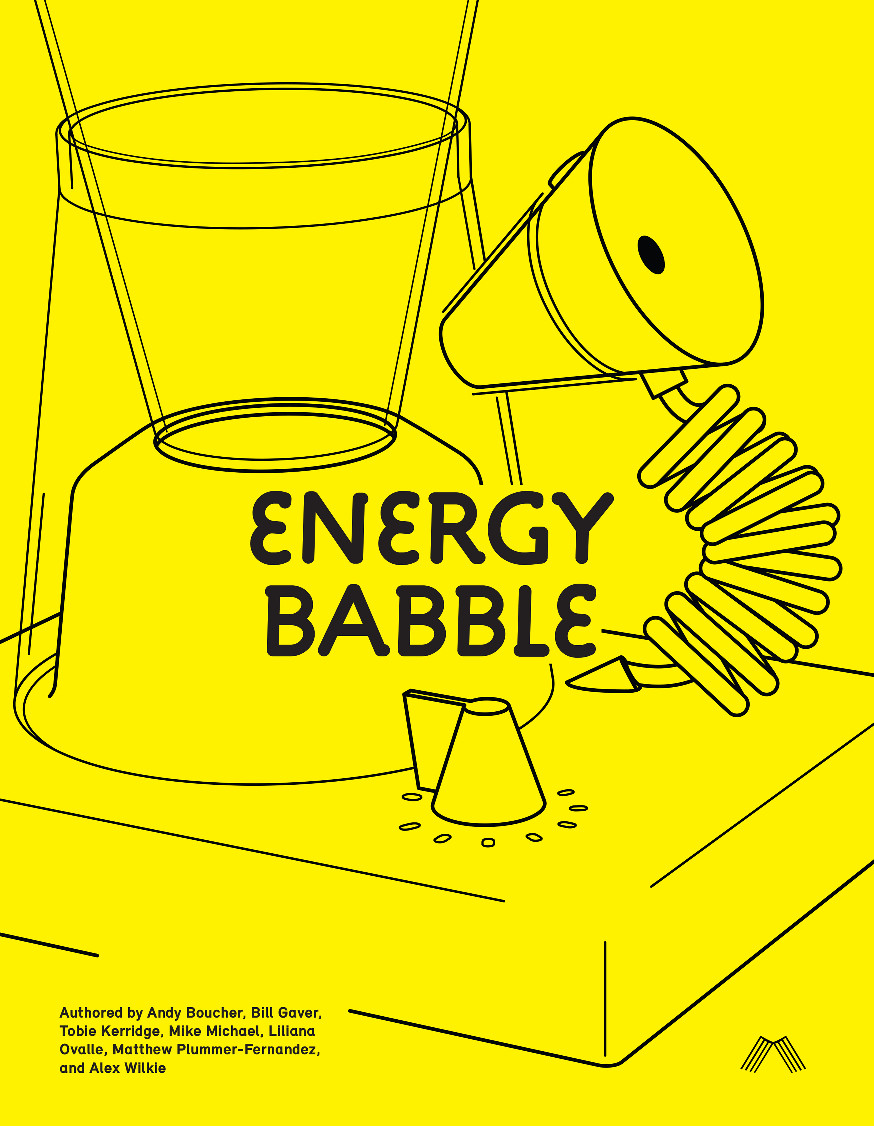 “This is the story of a set of computational devices called Energy Babbles. The product of a collaboration between designers and STS researchers, Energy Babbles are like automated talk radios obsessed with energy. Synthesised voices, punctuated by occasional jingles, recount energy policy announcements, remarks about energy conservation made on social media, information about current energy demand and production, and comments entered by other Babble users.

Developed for members of UK community groups working to promote sustainable energy practices, the Energy Babbles were designed to reflect the complex situations they navigate, to provide information and encourage communication, and to help shed light on their engagements with energy policy and practice. This book tells the story of the Babbles from a mix of design and STS perspectives, suggesting how design may benefit from the perspectives of STS, and how STS may take an interventionist, design-led approach to the study of emerging technological issues.” 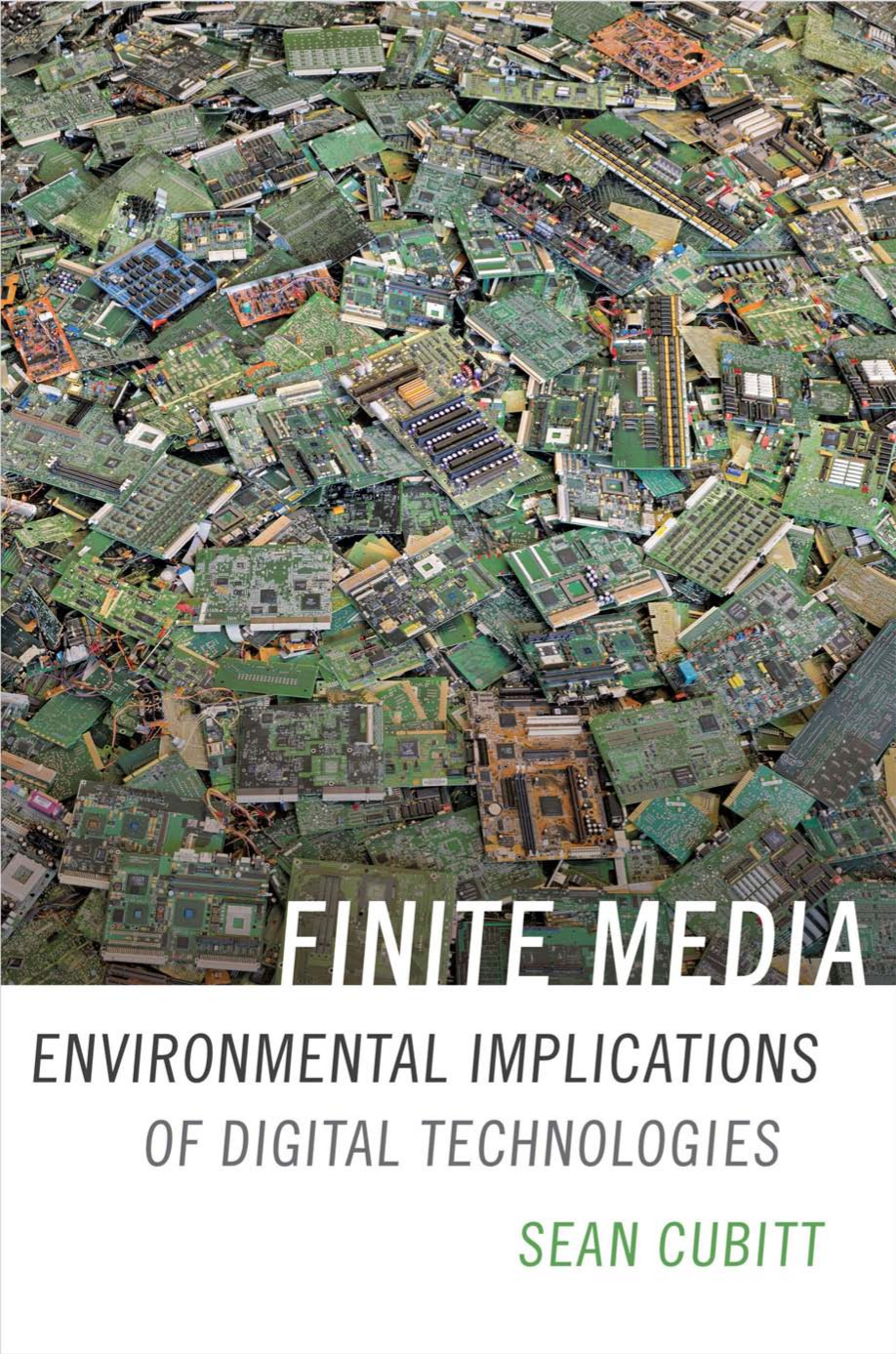 “While digital media give us the ability to communicate with and know the world, their use comes at the expense of an immense ecological footprint and environmental degradation. In Finite Media Sean Cubitt offers a large-scale rethinking of theories of mediation by examining the environmental and human toll exacted by mining and the manufacture, use, and disposal of millions of phones, computers, and other devices. The way out is through an eco-political media aesthetics, in which people use media to shift their relationship to the environment and where public goods and spaces are available to all. Cubitt demonstrates this through case studies ranging from the 1906 film The Story of the Kelly Gang to an image of Saturn taken during NASA’s Cassini-Huygens mission, suggesting that affective responses to images may generate a populist environmental politics that demands better ways of living and being. Only by reorienting our use of media, Cubitt contends, can we overcome the failures of political elites and the ravages of capital.”