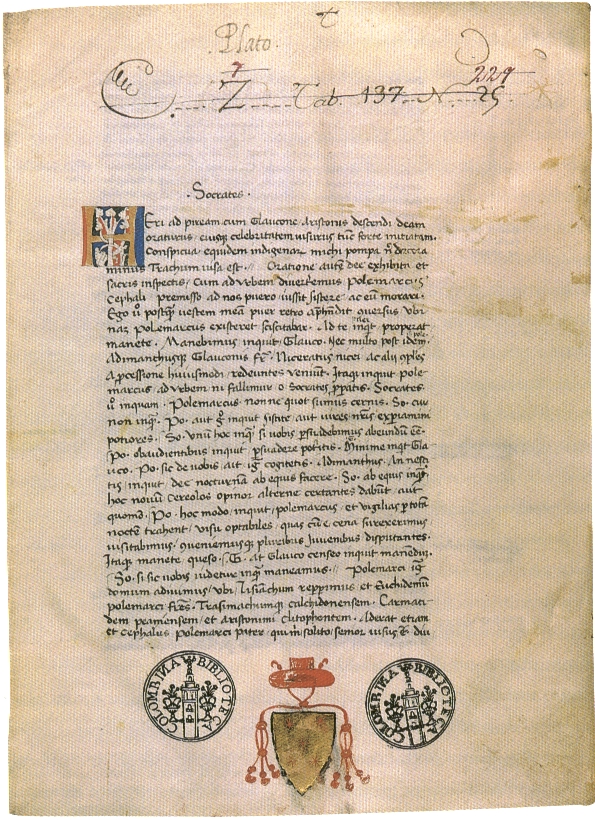 The Republic (Περὶ πολιτείας; Peri politeias) is Plato’s best-known work and has proven to be one of the most intellectually and historically influential works of philosophy and political theory. In it, Socrates along with various Athenians and foreigners discuss the meaning of justice and examine whether or not the just man is happier than the unjust man by considering a series of different cities coming into existence “in speech”, culminating in a city (Kallipolis) ruled by philosopher-kings; and by examining the nature of existing regimes. The participants also discuss the theory of forms, the immortality of the soul, and the roles of the philosopher and of poetics in society.