Eric R. Kandel: The Age of Insight: The Quest to Understand the Unconscious in Art, Mind, and Brain, from Vienna 1900 to the Present (2012) 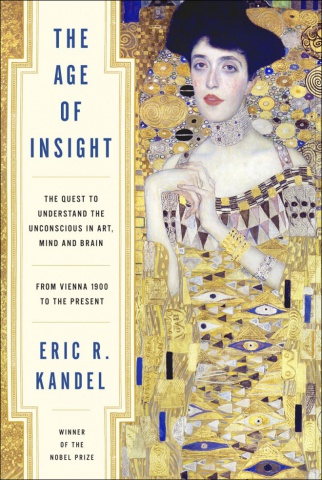 “A book by Nobel Prize winner Eric R. Kandel, The Age of Insight takes us to Vienna 1900, where leaders in science, medicine, and art began a revolution that changed forever how we think about the human mind—our conscious and unconscious thoughts and emotions—and how mind and brain relate to art.

At the turn of the century, Vienna was the cultural capital of Europe. Artists and scientists met in glittering salons, where they freely exchanged ideas that led to revolutionary breakthroughs in psychology, brain science, literature, and art. Kandel takes us into the world of Vienna to trace, in rich and rewarding detail, the ideas and advances made then, and their enduring influence today.

Kandel tells the story of how these pioneers—Freud, Schnitzler, Klimt, Kokoschka, and Schiele—inspired by the Vienna School of Medicine, in turn influenced the founders of the Vienna School of Art History to ask pivotal questions such as What does the viewer bring to a work of art? How does the beholder respond to it? These questions prompted new and ongoing discoveries in psychology and brain biology, leading to revelations about how we see and perceive, how we think and feel, and how we respond to and create works of art. Kandel, one of the leading scientific thinkers of our time, places these five innovators in the context of today’s cutting-edge science and gives us a new understanding of the modernist art of Klimt, Kokoschka, and Schiele, as well as the school of thought of Freud and Schnitzler. Reinvigorating the intellectual enquiry that began in Vienna 1900, The Age of Insight is a wonderfully written, superbly researched, and beautifully illustrated book that also provides a foundation for future work in neuroscience and the humanities. It is an extraordinary book from an international leader in neuroscience and intellectual history.”

EPUB
Charts and Images from the book

Computational Culture, a Journal of Software Studies, Issue One: A Billion Gadget Minds (2011)

“This first issue of Computational Culture is loosely based on the proceedings of a workshop held in Central London in October 2010. Entitled ‘A Billon Gadgets Minds: Thinking Widgets, Data and Workflow’, the aim of the workshop was: “To evaluate the ways in which contemporary hardware and software augment and distribute intelligence, as well as the ensemble of social relations which form around thinking practices as they synchronise, mesh, de-couple, breakdown and collapse with variable effects”.” (from Editorial)