The father of modern community organization, Saul Alinsky taught a generation of activists and politicians how to effectively construct social change. In Rules for Radicals, Alinsky writes with passion and intelligence, carefully outlining “the difference between being a realistic radical and being a rhetorical one.” Indispensable since its first publication in 1971, this book continues to inform and inspire all those who believe that political engagement is the key to maintaining America’s democratic tradition. 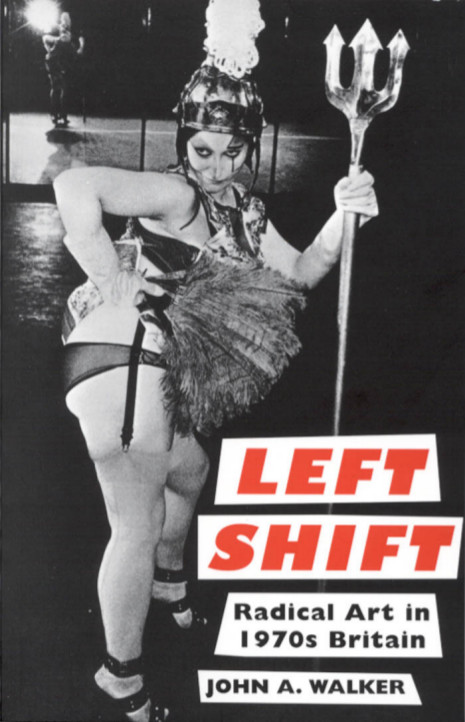 Compared to the 1960s, the 1970s is a neglected decade. This is a history of radical political art in Britain during the 1970s, art that sought to re-establish a social purpose. It argues that what was unique about the visual fine art of the decade was the impact of left-wing politics, women’s liberation and the gay movement. Artists discussed include: Rashid Araeen, Conrad and Terry Atkinson, Joseph Beuys, Derek Boshier, Stuart Brisley, Victor Burgin, John Drugger, Gilbert and George, Margaret Harrison, Derek Jarman, John Latham, Mary Kelly, Bruce McLean, David Madalla, Jamie Reid, Jo Spence, John Stezaker and Stephen Willats who responded to the historical events of a period marked by economic and political crises. A wide variety of art forms is covered: banners, drawing, film, community murals, painting, performance, photography, photomontage, posters, sculpture and video. Many radical artists challenged prevailing art institutions, such as the Arts Council, often establishing alternatives, like the Artist’s Union.

The book, which is set out on a year-by-year basis, also examines key conferences, exhibitions, galleries, magazines, organizations and critics; art theory and the various views of artists and critics meant that the 1970s was a decade of intellectual ferment.