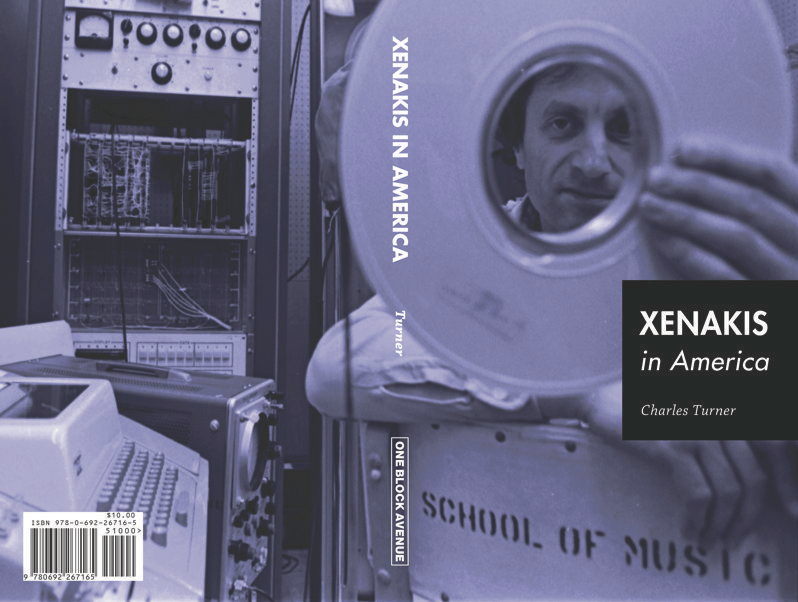 Iannis Xenakis had a long-standing interest in the U.S., but given the five years he spent there, little has been written about his experiences. This study attempts, through archival research and interviews, to document Xenakis’ time in the United States. Its subject is his relationship to American cultural institutions, and the attraction of America for his musical composition and research.

Xenakis in America treats the period from Copland’s invitation to Tanglewood in 1963, through Xenakis’ 1972 investment by France as a state-supported artist. While he visited the U.S. many times thereafter, he no longer sought long-term engagement with U.S. institutions, but presented work completed elsewhere. After his summer at Tanglewood, performances of Xenakis compositions by Schuller, Foss and Bernstein (among others) are tracked throughout the 1960s and 1970s. Xenakis’ association with George Balanchine is examined, along with the reception of Xenakis’ theoretical writings, culminating in the publication of Formalized Music. in 1971. Xenakis’ collaboration with Alexis Solomos on Aeschylus’ Oresteia, produced in 1966 by the Ypsilanti Greek Theatre, is explored, as well as the founding of Xenakis’ research center CMAM at Indiana University in 1967, which he would build over the next five years.

Concerning Xenakis’ reasons for coming to America, there are two major motivations. First, there were reasons to look beyond France: its state institutions, up to the late 1960s, provided little support for avant-garde composition. Later, there were reasons to return: with the Polytope de Cluny of 1972, the Ministry of Culture signaled a policy change that favored Xenakis, and established his CeMAMu as a state-supported research center. Second, Xenakis’ opportunities in the U.S. satisfied his interest in working outside the boundaries of autonomous composition. The collaboration on the Ypsilanti Oresteia offered Xenakis involvement with both ancient and modern Greek theater, and Bloomington’s sponsorship of CMAM, which included the equipment necessary for computer synthesis of sound, gave Xenakis access to technology unavailable in France at the time.

The printed book is available from Lulu.com. Proceeds go to The Friends of Xenakis Association.