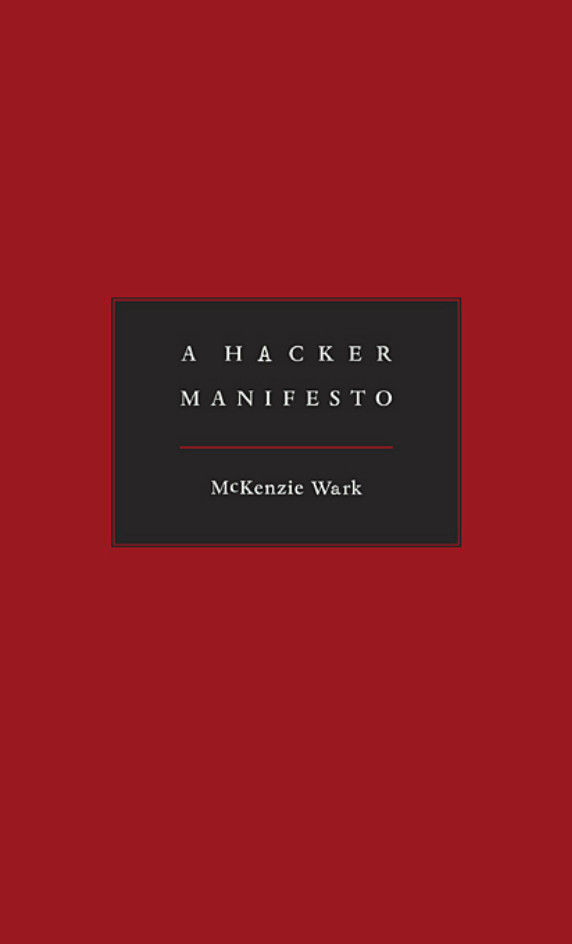 A double is haunting the world–the double of abstraction, the virtual reality of information, programming or poetry, math or music, curves or colorings upon which the fortunes of states and armies, companies and communities now depend. The bold aim of this book is to make manifest the origins, purpose, and interests of the emerging class responsible for making this new world–for producing the new concepts, new perceptions, and new sensations out of the stuff of raw data.

A Hacker Manifesto deftly defines the fraught territory between the ever more strident demands by drug and media companies for protection of their patents and copyrights and the pervasive popular culture of file sharing and pirating. This vexed ground, the realm of so-called “intellectual property,” gives rise to a whole new kind of class conflict, one that pits the creators of information–the hacker class of researchers and authors, artists and biologists, chemists and musicians, philosophers and programmers–against a possessing class who would monopolize what the hacker produces.

Drawing in equal measure on Guy Debord and Gilles Deleuze, A Hacker Manifesto offers a systematic restatement of Marxist thought for the age of cyberspace and globalization. In the widespread revolt against commodified information, McKenzie Wark sees a utopian promise, beyond the property form, and a new progressive class, the hacker class, who voice a shared interest in a new information commons.