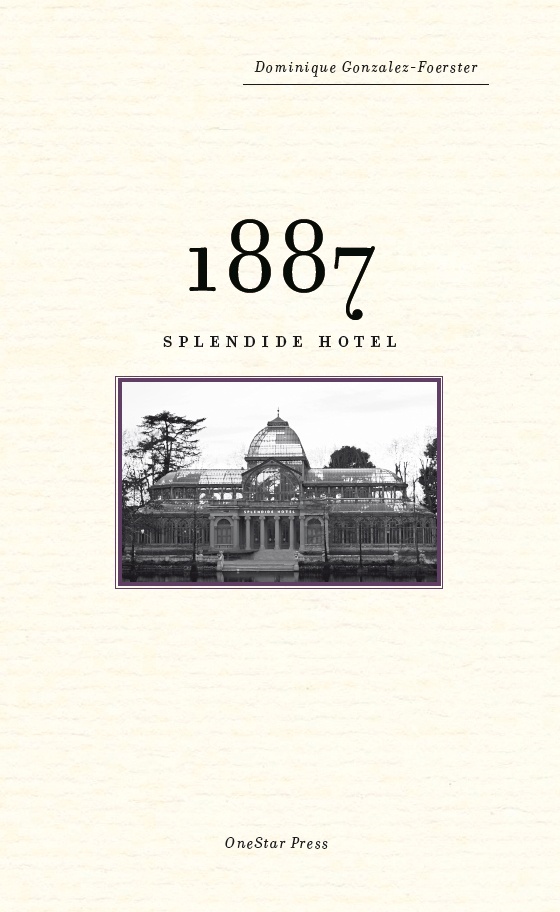 “In Splendide Hotel – 1887 there is one sole room and it is transparent, containing apparitions of all literary, musical, scientific and abstract sorts. From an internal monologue to quantum physics to the gramophone and bioluminescence, within this little book there is a collection of nearly all the references serving to rebuild this hotel within the Cristal Palace to reveal 1887 as the birth year of our universe.”

Published on the occasion of exhibition at the Museo Nacional Centro de Arte Reina Sofía in Madrid.