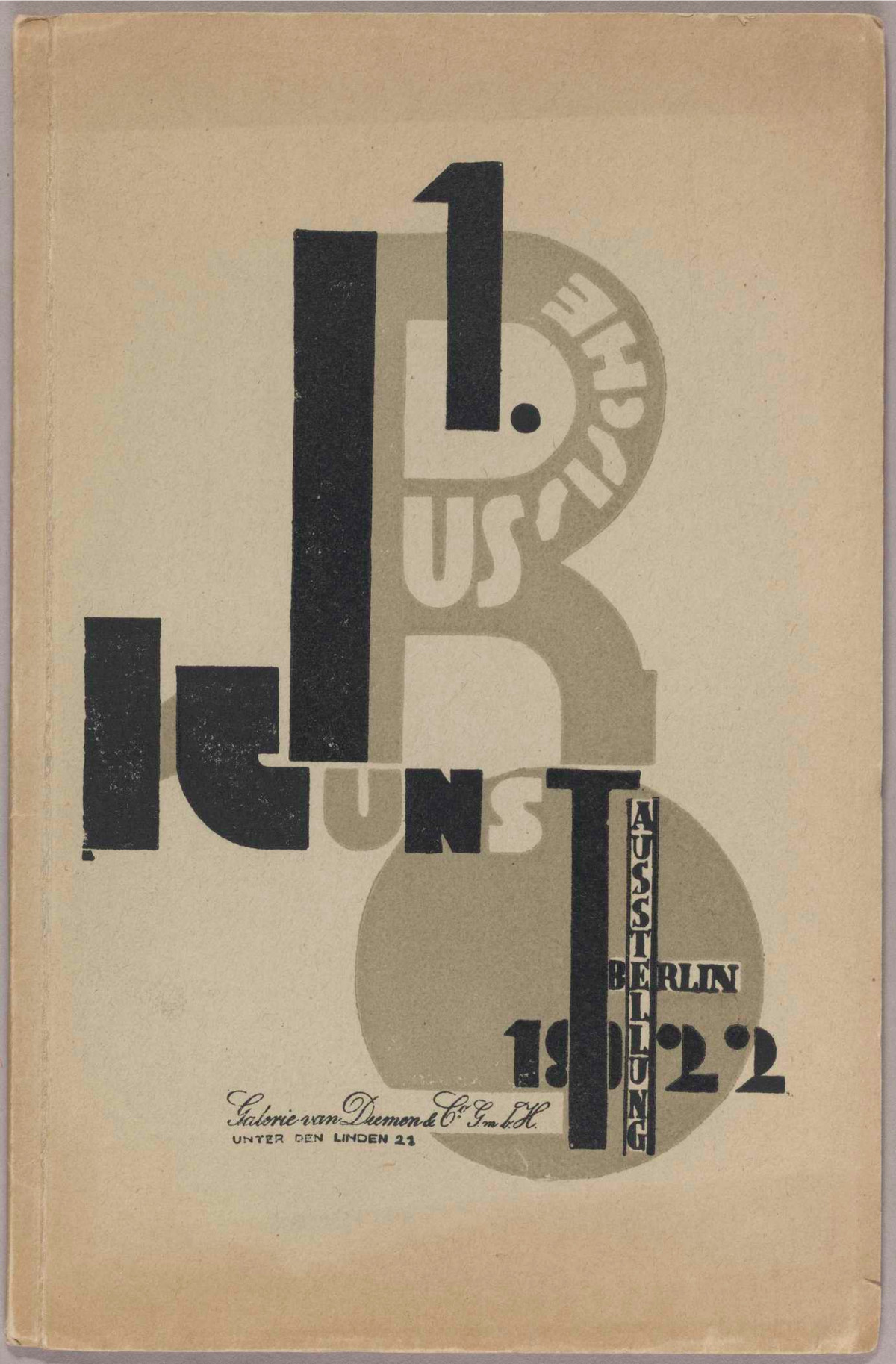 The First Russian Art Exhibition [Erste russische Kunstausstellung] opened at the Van Diemen Gallery on Unter den Linden 21, near the Russian embassy in Berlin, on 15 October 1922. More than 700 works by 167 artists where shown, including paintings, graphic works, sculptures, as well as designs for theater, architectural models, and porcelain. The exhibition’s official host was the Russian Ministry for Information, and it was put together by the artists Naum Gabo, David Shterenberg, and Nathan Altman. El Lissitzky designed the catalogue’s cover. Gabo was in charge of the three rooms where Russian avant-garde art was presented, including several of his own sculptures. Due to the positive response in the press and the large number of visitors (ca. 15,000), the exhibition was prolonged until the end of the year. On the initiative of the International Workers’ Assistance, the show was conceived as a commercial exhibition; the proceeds were to go to “Russia’s starving”. In the Spring of 1923, a version of the exhibition traveled to Stedelijk Museum, Amsterdam.

More about the exhibition