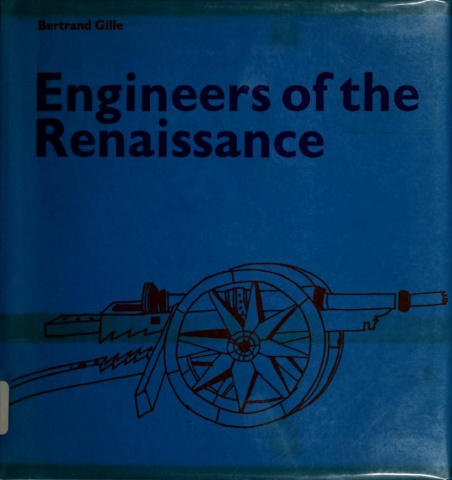 “In his reconstruction of Renaissance technology informed by research into little-known manuscripts from libraries across Europe, Bertrand Gille emphasises the close continuity of technical invention from antiquity (in particular, the Alexandrian Greeks), through the mediaeval period (in particular, the Germans), to its brief but brilliant high flaring among the Italians of the fifteenth century. The engineers were conscious of embodying the Archimedean tradition, the tradition of “give me a place to stand and I can move the world.” It was an age marked by a close and natural mutuality between the technical and the fine arts, and by the first real union of science and technology, whose issue was a permanent enrichment of both. Science gave to engineering a new sophistication of mathematical precision, and the working models constructed for mechanical inventions prepared the way for a truly experimental science, as later developed by the generation of Galileo.

As might be expected, the figure of Leonardo da Vinci looms large in this book. It is the author’s contention, based on the documents he has uncovered, that Leonardo’s originality as an engineer has been greatly overestimated, that in fact he borrowed and adapted freely from the work of this anonymous and little-known contemporaries, that many of his ideas are already prefigured in the mediaeval period. Nevertheless, although he rests on the foothills leading up to him, he still towers above them as the consummate technical artist.”