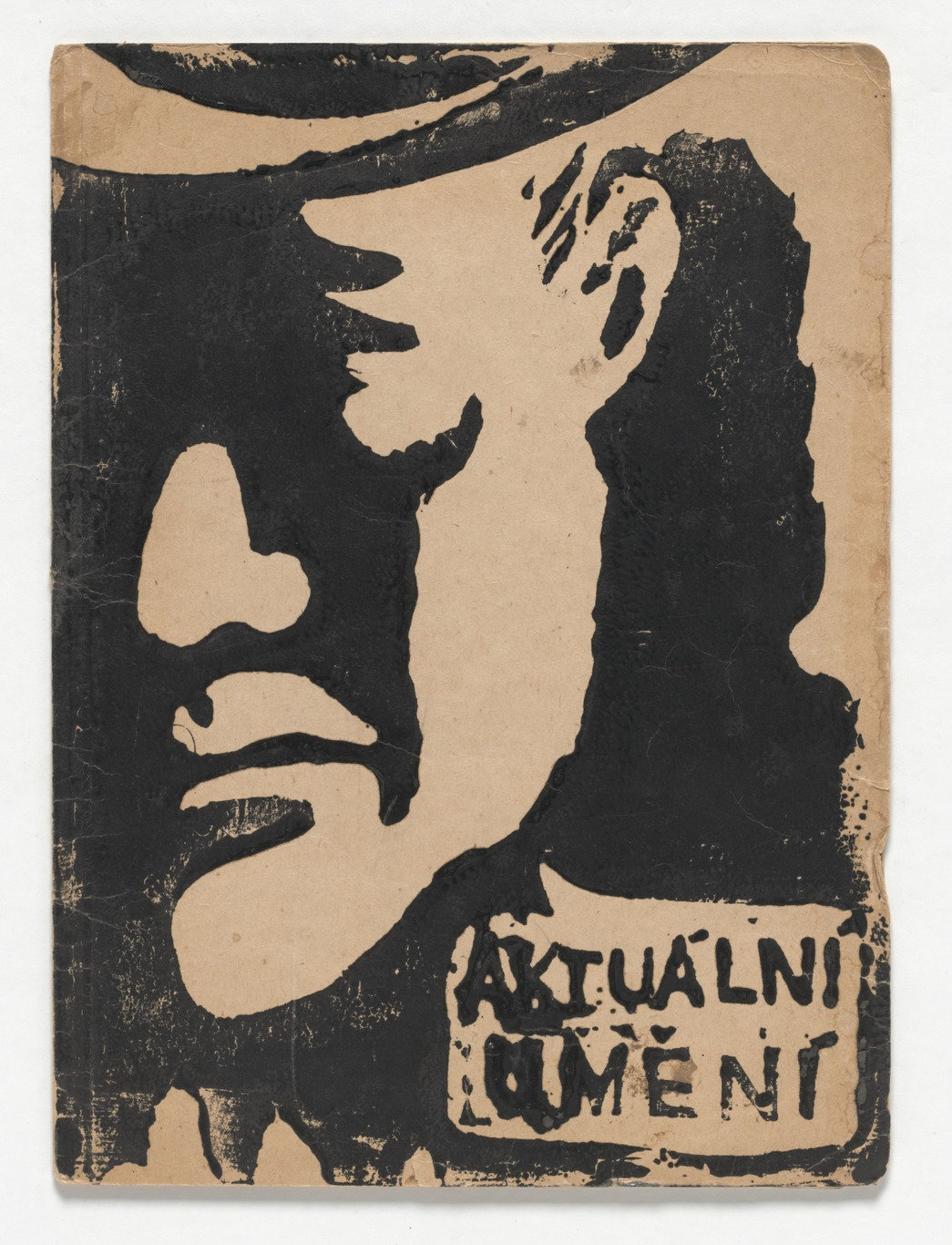 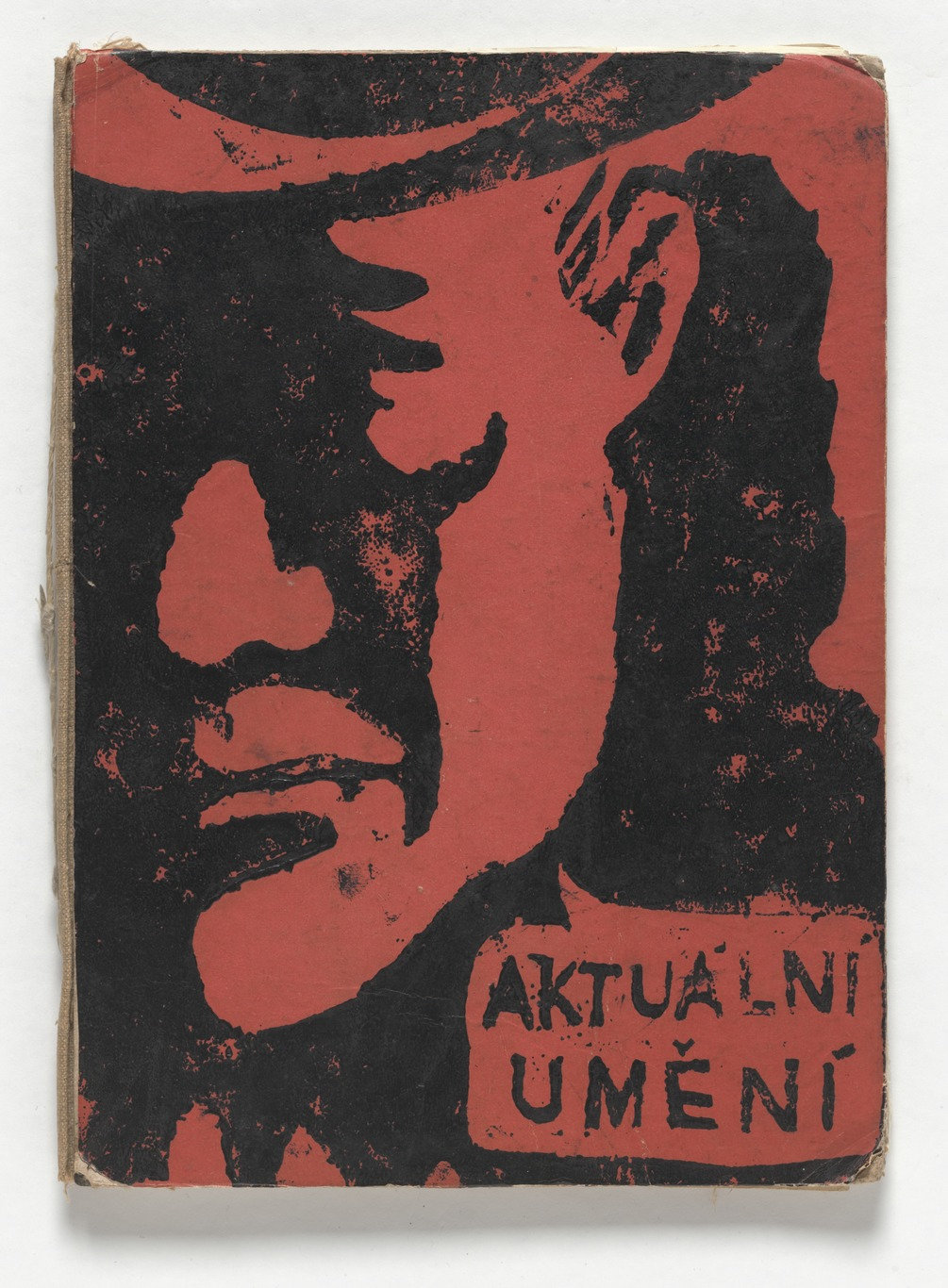 “Aktuální umění [Contemporary Art], a rare, hand-assembled magazine by the Czech artists’ group of the same name, began production in late 1964. In it, the newly founded group—including Milan Knížák, Jan Mach, Vít Mach, Soňa Švecová, and Jan Trtílek—published its manifesto, documentation of its collective street actions, independent artistic contributions and statements by its members, and also Czech translations of international texts. Producing journals of radical art and ideas was illegal at this time in the former Czechoslovakia, so the magazine would have been circulated among friends rather than distributed openly through channels such as newsstands or the mail. In this way, Aktuální umění functioned as an alternative exhibition space for work that might not have been shown elsewhere and also as a platform for sharing ideas and information within a largely censored environment.

Most scholars estimate that at most fifty copies of each issue were produced, considering the cost and labor involved as well as the limited potential for distribution. The magazine was published under the title Aktuální umění for the first two issues, which could be considered the most significant in terms of their content and technical production. A third issue was published under the name Nutná činnost [The Necessary Activity] (1965), and from 1966 to 1968, Knížák produced three additional issues, dropping the magazine format altogether in favor of a more ephemeral and less costly newspaper presentation.” (Kim Conaty)