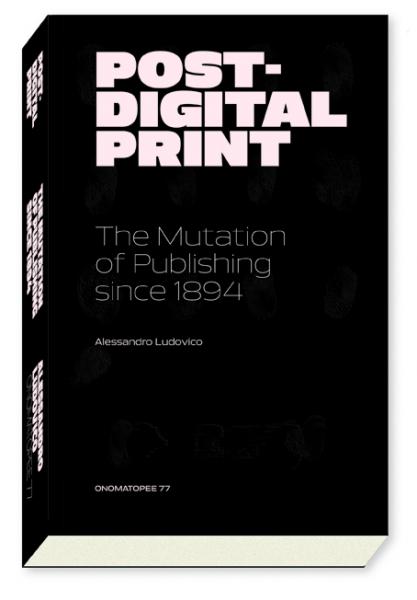 “In the post-digital age, digital technology is no longer revolutionary but a normality, everywhere. For music or film, circulation as bits and bytes, downloads and streams are no longer a big deal. But for the world of book and magazine publishing, change has just begun.

New ways of networked and electronic publishing had been envisioned by avant-garde artists, activists and technologists for more than a century. Even though in hindsight the reports of the death of paper were greatly exaggerated, electronic publishing has now become a reality. How will analog and digital coexist in the post-digital age of publishing? How will they transition, mix and cross over?

In this book, Alessandro Ludovico rereads the history of avant-garde arts as a prehistory of cutting through the opposites of paper and electronics. He covers, among others, artists’ books and manifests, zines, net art and experimental publishing projects, up to e-readers and print-on-demand.”