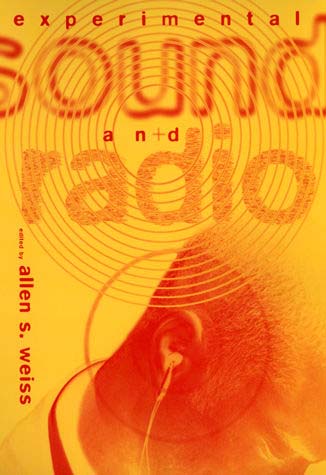 “Art making and criticism have focused mainly on the visual media. This book, which originally appeared as a special issue of TDR/The Drama Review, explores the myriad aesthetic, cultural, and experimental possibilities of radiophony and sound art. Taking the approach that there is no single entity that constitutes “radio,” but rather a multitude of radios, the essays explore various aspects of its apparatus, practice, forms, and utopias. The approaches include historical, political, popular cultural, archeological, semiotic, and feminist. Topics include the formal properties of radiophony, the disembodiment of the radiophonic voice, aesthetic implications of psychopathology, gender differences in broadcast musical voices and in narrative radio, erotic fantasy, and radio as an electronic memento mori.

The book includes a new piece by Allen Weiss on the origins of sound recording.”