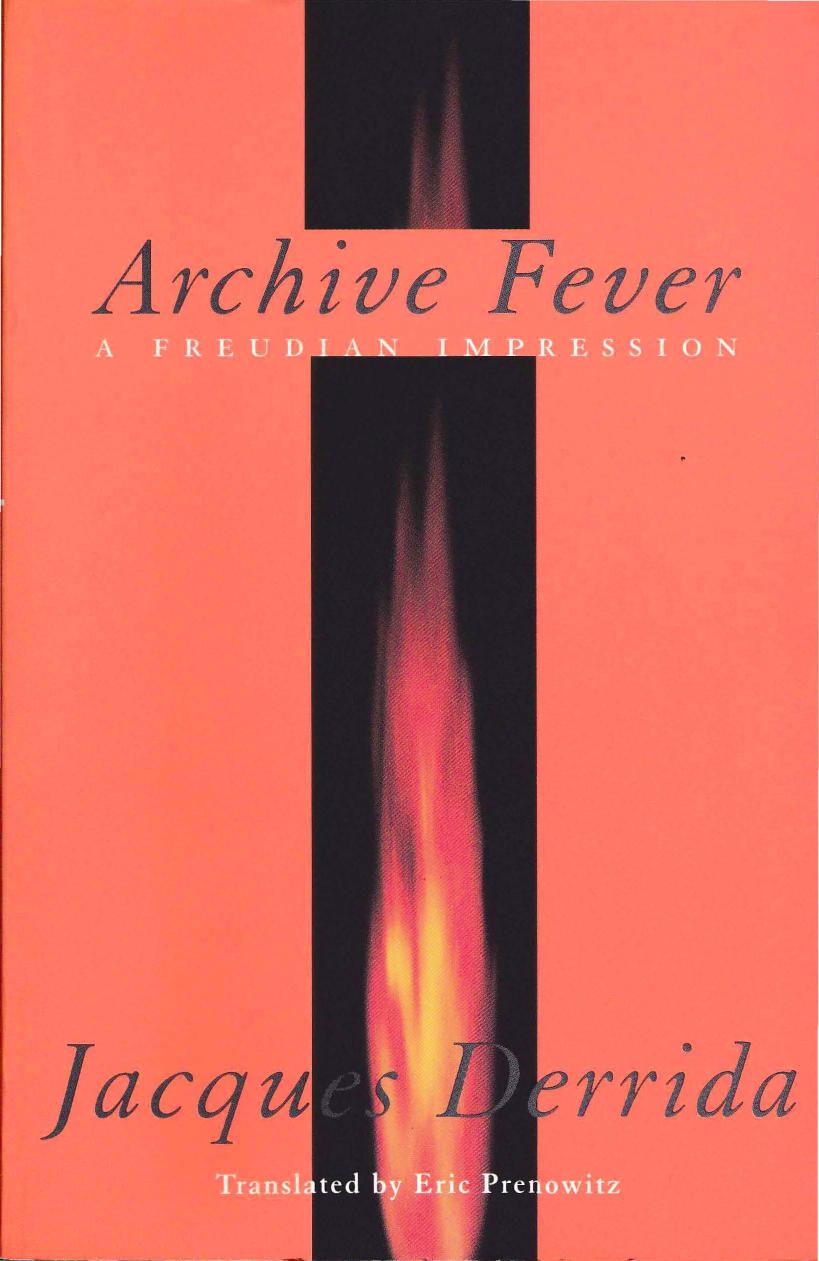 “In Archive Fever, Jacques Derrida deftly guides us through an extended meditation on remembrance, religion, time, and technology—fruitfully occasioned by a deconstructive analysis of the notion of archiving. Intrigued by the evocative relationship between technologies of inscription and psychic processes, Derrida offers for the first time a major statement on the pervasive impact of electronic media, particularly e-mail, which threaten to transform the entire public and private space of humanity. Plying this rich material with characteristic virtuosity, Derrida constructs a synergistic reading of archives and archiving, both provocative and compelling.” “In the modern era, the archive—official or personal—has become the most significant means by which historical knowledge and memory are collected, stored, and recovered. The archive has thus emerged as a key site of inquiry in such fields as anthropology, critical theory, history, and, especially, recent art. Traces and testimonies of such events as World War II and ensuing conflicts, the emergence of the postcolonial era, and the fall of communism have each provoked a reconsideration of the authority given the archive—no longer viewed as a neutral, transparent site of record but as a contested subject and medium in itself.

This volume surveys the full diversity of our transformed theoretical and critical notions of the archive—as idea and as physical presence—from Freud’s “mystic writing pad” to Derrida’s “archive fever”; from Christian Boltanski’s first autobiographical explorations of archival material in the 1960s to the practice of artists as various as Susan Hiller, Ilya Kabakov, Thomas Hirshhorn, Renée Green, and The Atlas Group in the present.”