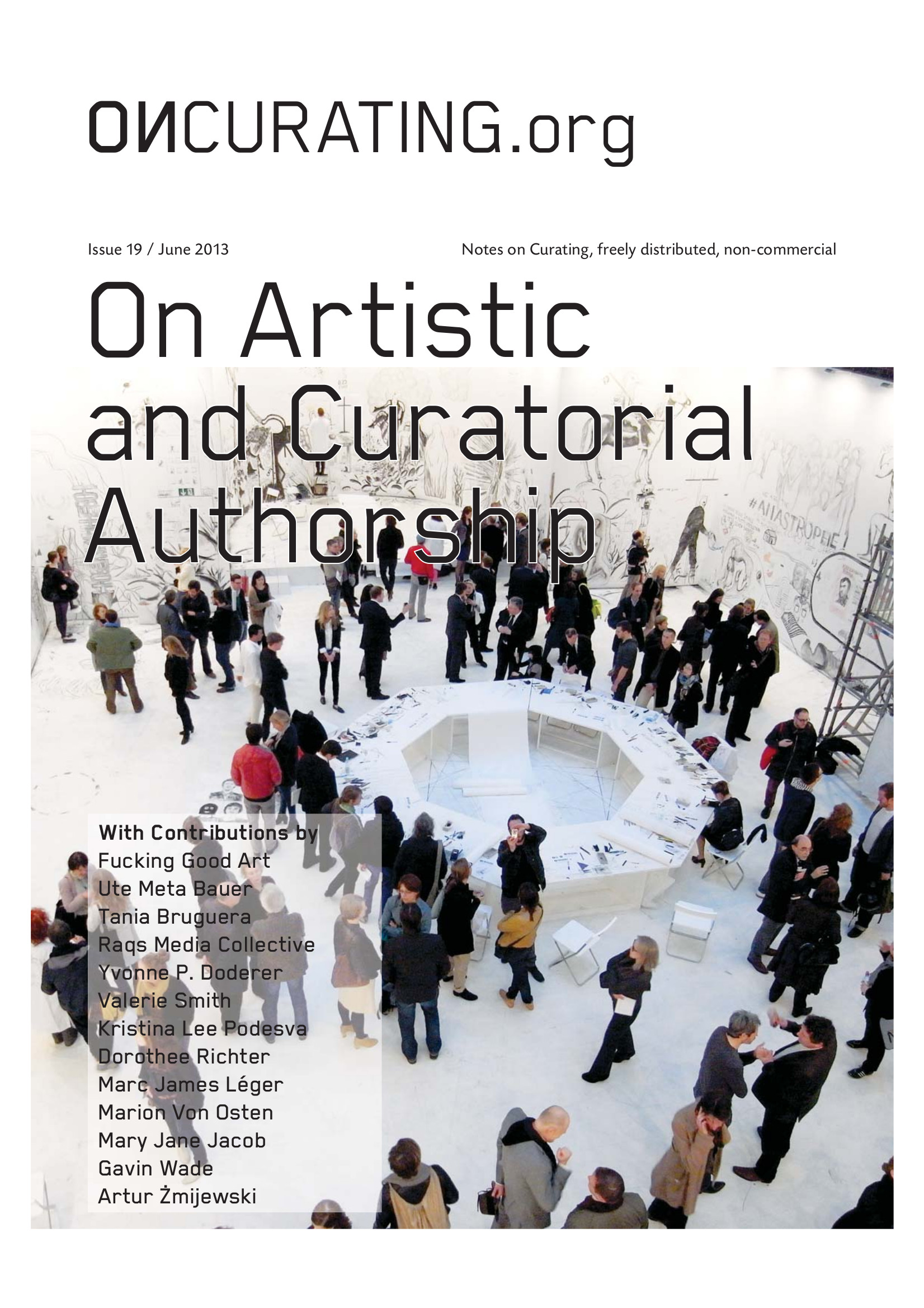 OnCurating, 33: documenta. Curating the History of the Present (2017) 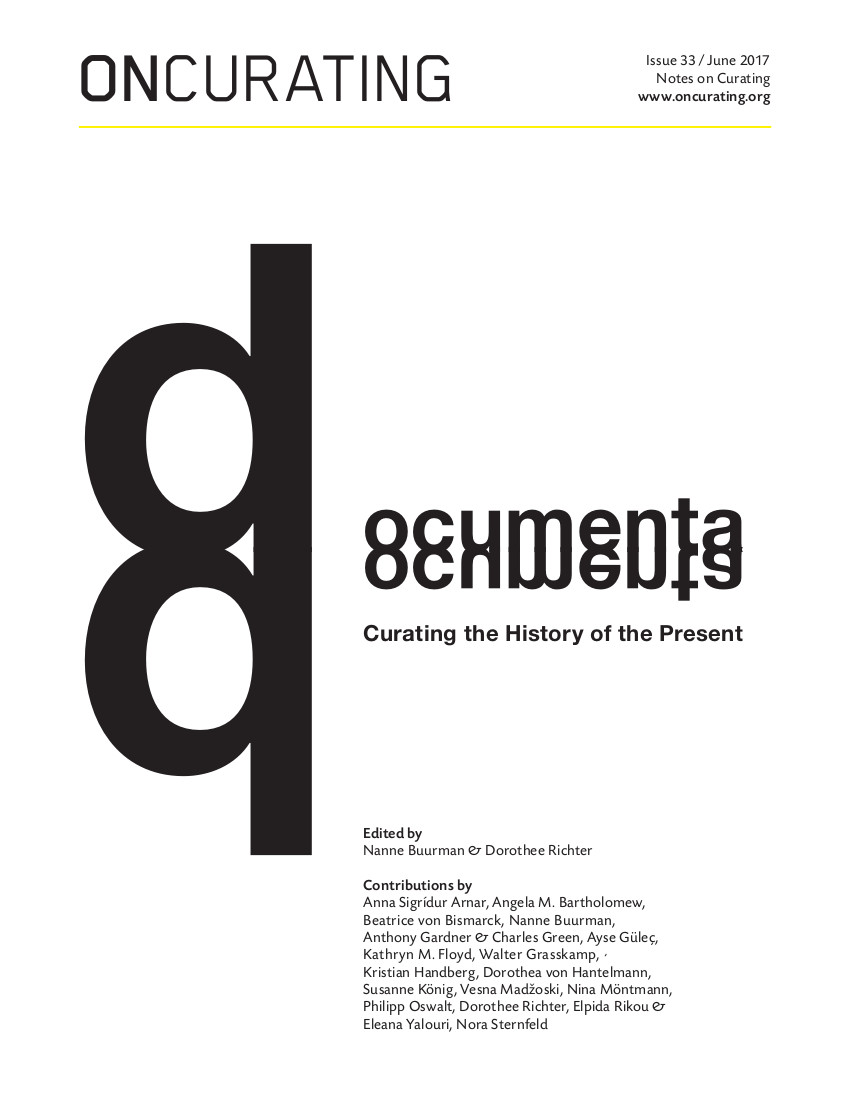 “On the occasion of documenta’s 14th edition, this special issue scrutinizes the ways in which the Kassel-based periodic exhibition has been contributing to curating the history of the present since its inception in 1955. The authors engage with questions of how documenta’s iterations played a significant role not only in the making of a history of contemporary art but also in the canon of the relatively young field of curatorial and exhibition studies.”