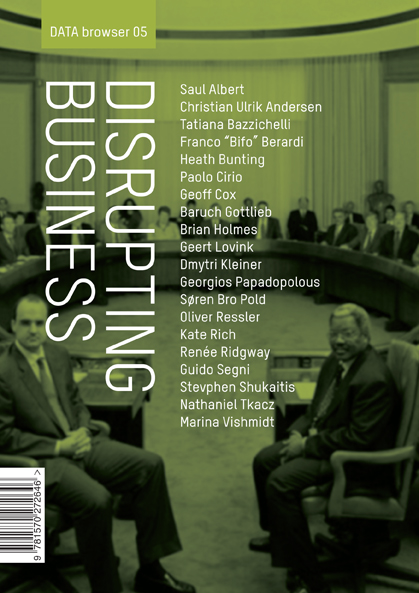 “Disrupting Business explores some of the interconnections between art, activism and the business concept of disruptive innovation. With a backdrop of the crisis in financial capitalism and austerity cuts in the cultural sphere, the idea is to focus on potential art strategies in relation to a broken economy. In a perverse way, we ask whether this presents new opportunities for cultural producers to achieve more autonomy over their production process. If it is indeed possible, or desirable, what alternative business models emerge? This book is concerned broadly with business as material for reinvention, including critical writing and examples of art/activist projects.”