The Social Life of Artistic Property (2014) 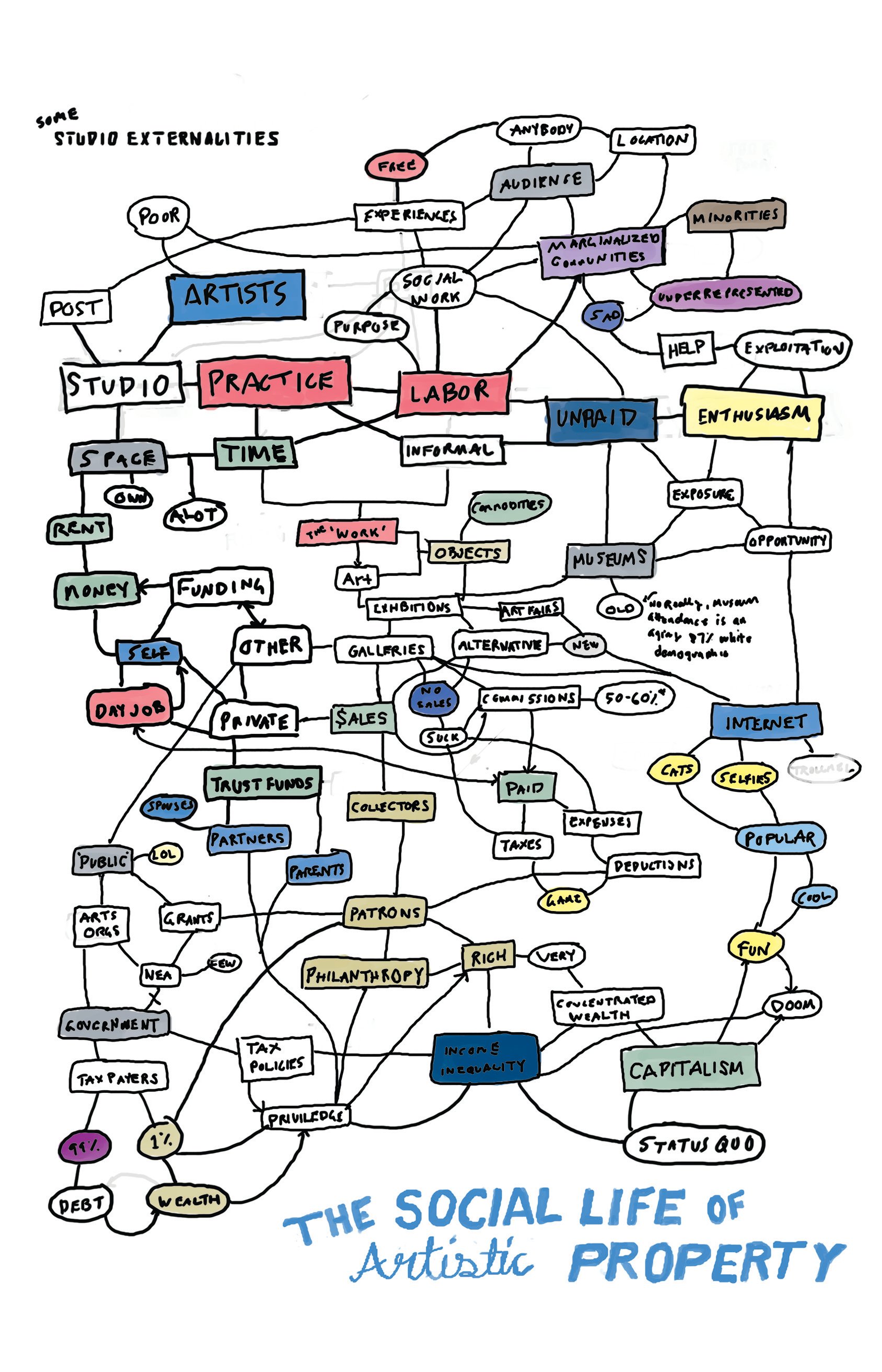 “In the wake of Occupy Wall Street, 12 artists gathered for 20 meetings over two and a half years, discussing property both physical (studios and homes) and artistic. Rather than present raw transcripts of their conversations, the authors individually or collaboratively penned chapters on relevant issues. We get historical case studies alongside a host of topical issues affecting artists’ abilities to work, such as the French droit de suite, the right to resale royalties of artists and their heirs. Michael Mandiberg offers a significant oral history of 135 Rivington Street, a collectively artist-owned building purchased in 1981 by a group of art school alumni, a virtual impossibility in today’s real estate game.” (ArtNews)