Susan Jahoda, Caroline Woolard: Making and Being: Embodiment, Collaboration, and Circulation in the Visual Arts, a Workbook (2019) 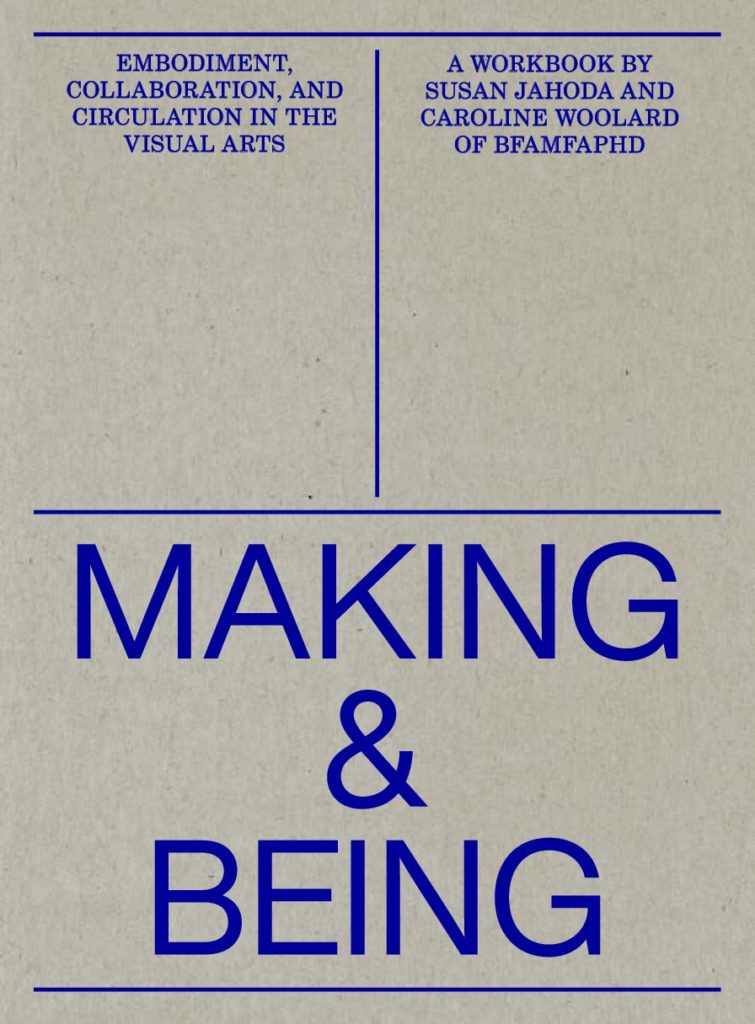 “Making and Being offers a framework for teaching art that emphasizes contemplation, collaboration, and political economy. Authors Susan Jahoda and Caroline Woolard, two visual arts educators and members of the collective BFAMFAPhD, share ideas and teaching strategies that they have adapted to spaces of learning which range widely, from self-organized workshops for professional artists to Foundations BFA and MFA thesis classes. This hands-on guide includes activities, worksheets, and assignments and is a critical resource for artists and art educators today. Making and Being is a book, a series of videos, a deck of cards, and an interactive website with freely downloadable content.”