Hacking Politics: How Geeks, Progressives, The Tea Party, Gamers, Anarchists and Suits Teamed Up to Defeat SOPA and Save the Internet (2013) 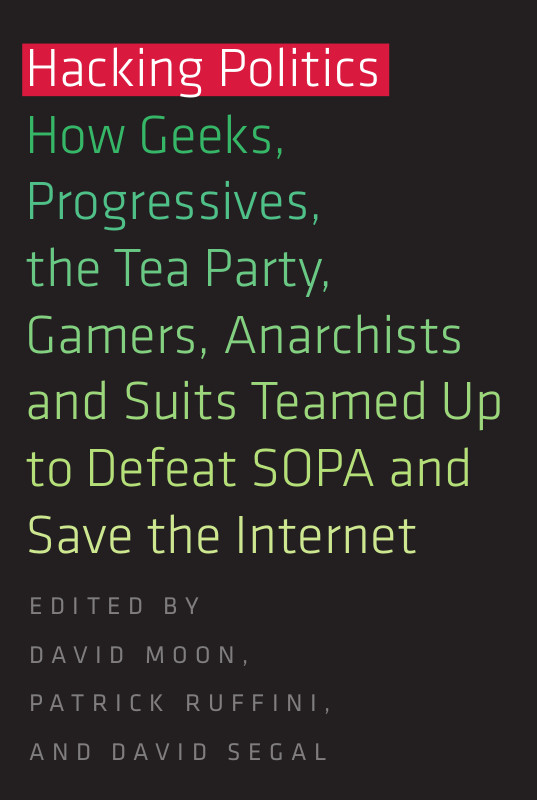 “Hacking Politics is a firsthand account of how a ragtag band of activists and technologists overcame a $90 million lobbying machine to defeat the most serious threat to Internet freedom in memory. The book is a revealing look at how Washington works today – and how citizens successfully fought back.