Inside the Cave: Obama’s Digital Campaign (2012) 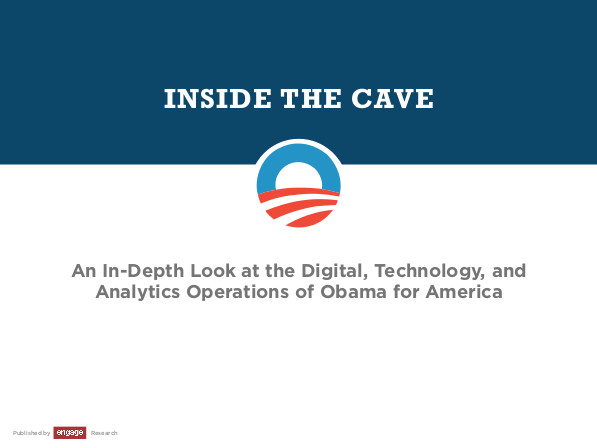 Inside the Cave is an in-depth look at the digital, technology, and analytics operations of the President Obama’s re-election campaign. Engage Research compiled insights, data, and anecdotes from hundreds of news stories, blog posts, conference presentations, and conversations into a single presentation.

commentary (Mashable.com)
When the Nerds Go Marching In (Alexis Madrigal, The Atlantic)