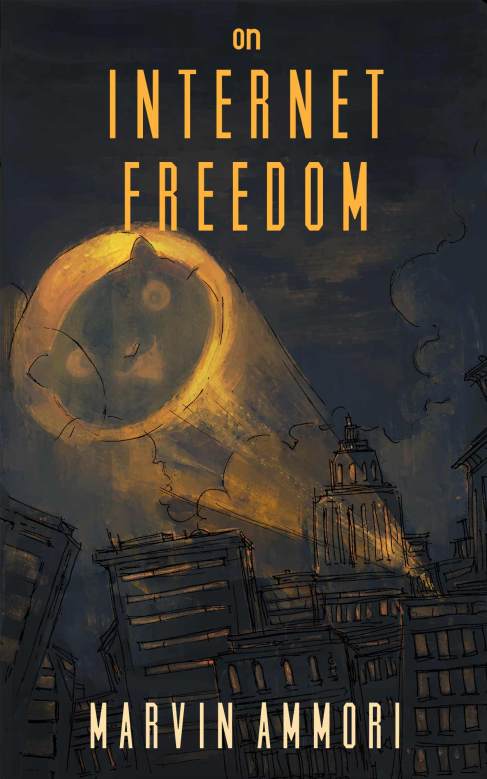 Every few years, a new book comes out explaining that the future of the Internet is at risk. And every few years, it really is. This book explains why.

In this important new work, On Internet Freedom, leading advocate and First Amendment scholar Marvin Ammori explores why the Internet is continually under threat, what’s at stake in the battle for Internet freedom, and how Internet users can rise up to protect their rights. Written for average Internet users, not just for lawyers and technologists, this book explains these issues and their significance for anyone who has ever sent an email.

Proceeds from this book will be donated to Fight for the Future and Demand Progress.