“What is conceptual writing, how does it differ from Conceptual Art, what are some of the dominant forms of conceptualism, where does an impure or hybrid conceptualism fit in, what about the baroque, what about the prosody of procedure, what are the links between appropriation and conceptual writing, how does conceptual writing rely on a new way of reading, a “thinkership” that can shift the focus away from the text and onto the concept, what is the relationship between conceptual writing and technology or information culture, and why has this tendency taken hold in the poetry community now? What follows, then, is a collection of notes, aphorisms, quotes and inquiries on conceptual writing. We have co-authored this text through correspondence, shared reading interests, and similar explorations. Notes on Conceptualisms is far from a definitive text, and much closer to a primer, a purposefully incomplete starting place, where readers, hopefully, can enter so as to participate.” 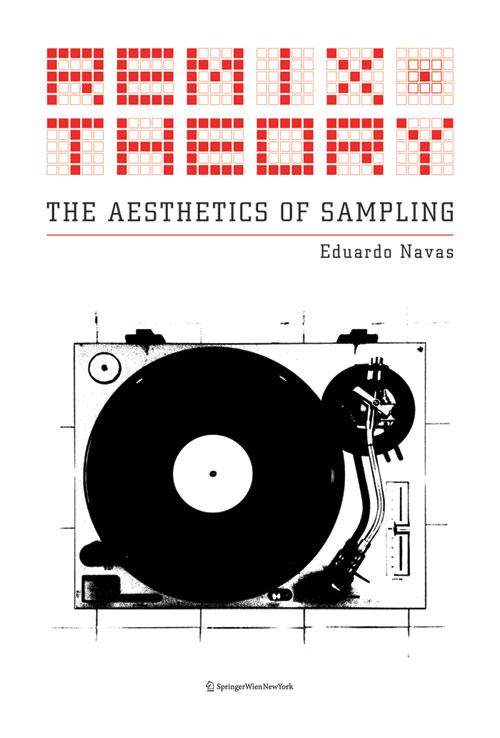 “Remix Theory: The Aesthetics of Sampling is an analysis of Remix in art, music, and new media. Navas argues that Remix, as a form of discourse, affects culture in ways that go beyond the basic recombination of material. His investigation locates the roots of Remix in early forms of mechanical reproduction, in seven stages, beginning in the nineteenth century with the development of the photo camera and the phonograph, leading to contemporary remix culture. This book places particular emphasis on the rise of Remix in music during the 1970s and ‘80s in relation to art and media at the beginning of the twenty-first Century. Navas argues that Remix is a type of binder, a cultural glue—a virus—that informs and supports contemporary culture.”

RemixTheory.net (from the author)
Publisher