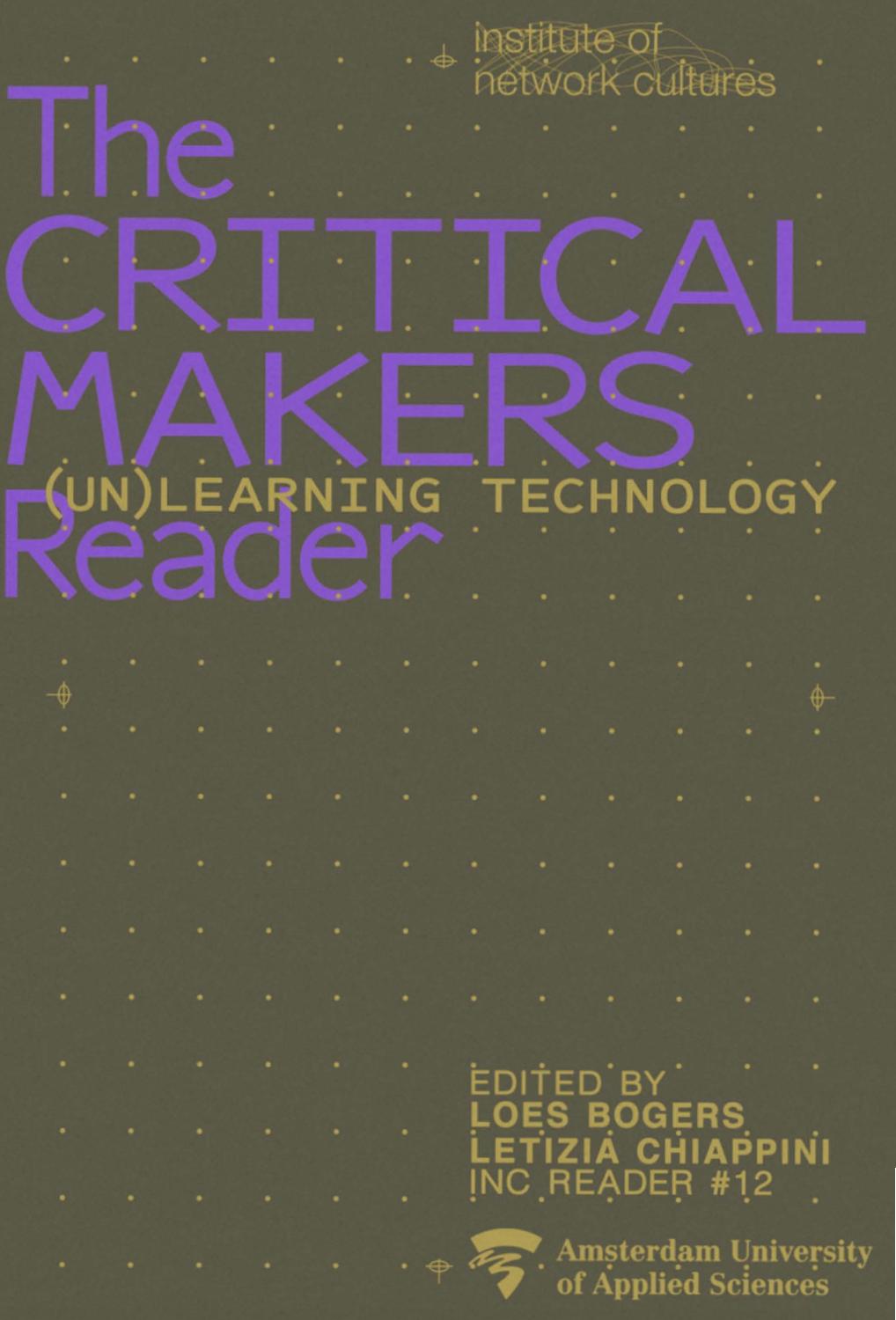 “A decade ago many gushed at the possibilities of 3D printers and other DIY tech. Today makers are increasingly shaking off their initial blind enthusiasm to numerically control everything, rediscovering an interest in sociocultural histories and futures and waking up to the environmental and economic implications of digital machines that transform materials. An accumulation of critique has collectively registered that no tool, service, or software is good, bad, or neutral—or even free for that matter. We’ve arrived at a crossroads, where a reflective pause coincides with new critical initiatives emerging across disciplines.

What was making? What is making? What could making become? And what about unmaking? The Critical Makers Reader features an array of practitioners and scholars who address these questions. Together, they tackle issues of technological making and its intersections with (un)learning, art and design, institutionalization, social critique, community organizing, collaboration, activism, urban regeneration, social inequality, and the environmental crisis.

“This special issue of the journal shows a growing body of work that brings together feminism with hacking and making. The growth of internet technologies and the pervasion of computer culture into everyday life has prompted a renewed interrogation of the gender limits within these information technologies and digital media. From the shiny glass screens on our mobile devices to the sprawling campuses of technology corporations, gendered configurations of power within technoculture have become the focus of attention in popular culture, media, and academic scholarship.” (from the Introduction)