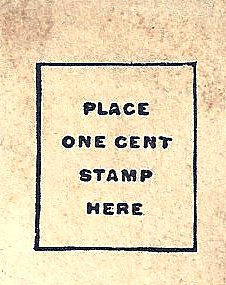 “Like some winged insects, ephemera – the plural of the Greek ephemeron – denotes things that last through the day. Maurice Rickards defined it as “the minor transient documents of everyday life” – bus tickets, business cards, bookmarks. Ephemera describes modern mass media forms such as the newspaper and radio broadcasts, as well as contemporary ones such as email and short message service. Ephemera haunts classical aesthetics, whose pretensions to cultural value and endurance can figuratively efface its own materiality and fragility. Ephemera similarly menaces concepts and practices of history, even when it serves as evidence of the past and the stuff of the archive. Indeed, ephemera problematizes memory itself: Wendy Hui Kyong Chun has theorized that digital media create an “enduring ephemeral” of constantly refreshing, regenerating information, introducing as much instability into computer programs as abides in putatively more fallible, degenerative human memory. With this observation, the paradox of ephemera – that it was meant to be disposable and fleeting, but is instead often kept and collected – comes into view as a central ambivalence of modern mediated life.”

Frederick G. Kilgour: The Evolution of the Book (1998) 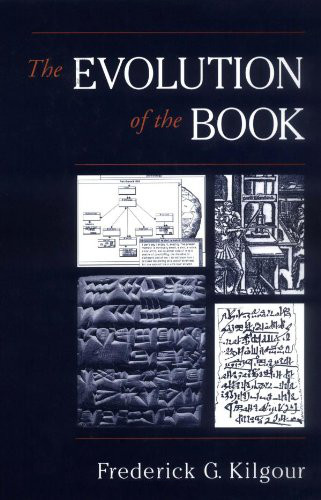 A concise book by the professor in library and information science who, in the late 1960s, helped to establish the Online Computer Library Center (OCLC), a worldwide consortium of library databases.

Writing from the perspective of history of technology, Kilgour investigates the book’s three discrete forms–the clay tablet, papyrus roll, and codex–before turning to the electronic book.

Lisa Gitelman: Paper Knowledge: Toward a Media History of Documents (2014) “Paper Knowledge is a book about the mundane: the library card, the promissory note, the movie ticket, the PDF (Portable Document Format). It is a media history of the document. Drawing examples from the 1870s, the 1930s, the 1960s, and today, Lisa Gitelman thinks across the media that the document form has come to inhabit over the last 150 years, including letterpress printing, typing and carbon paper, mimeograph, microfilm, offset printing, photocopying, and scanning. Whether examining late nineteenth century commercial, or ‘job’ printing, or the Xerox machine and the role of reproduction in our understanding of the document, Gitelman reveals a keen eye for vernacular uses of technology. She tells nuanced, anecdote-filled stories of the waning of old technologies and the emergence of new. Along the way, she discusses documentary matters such as the relation between twentieth-century technological innovation and the management of paper, and the interdependence of computer programming and documentation. Paper Knowledge is destined to set a new agenda for media studies.”