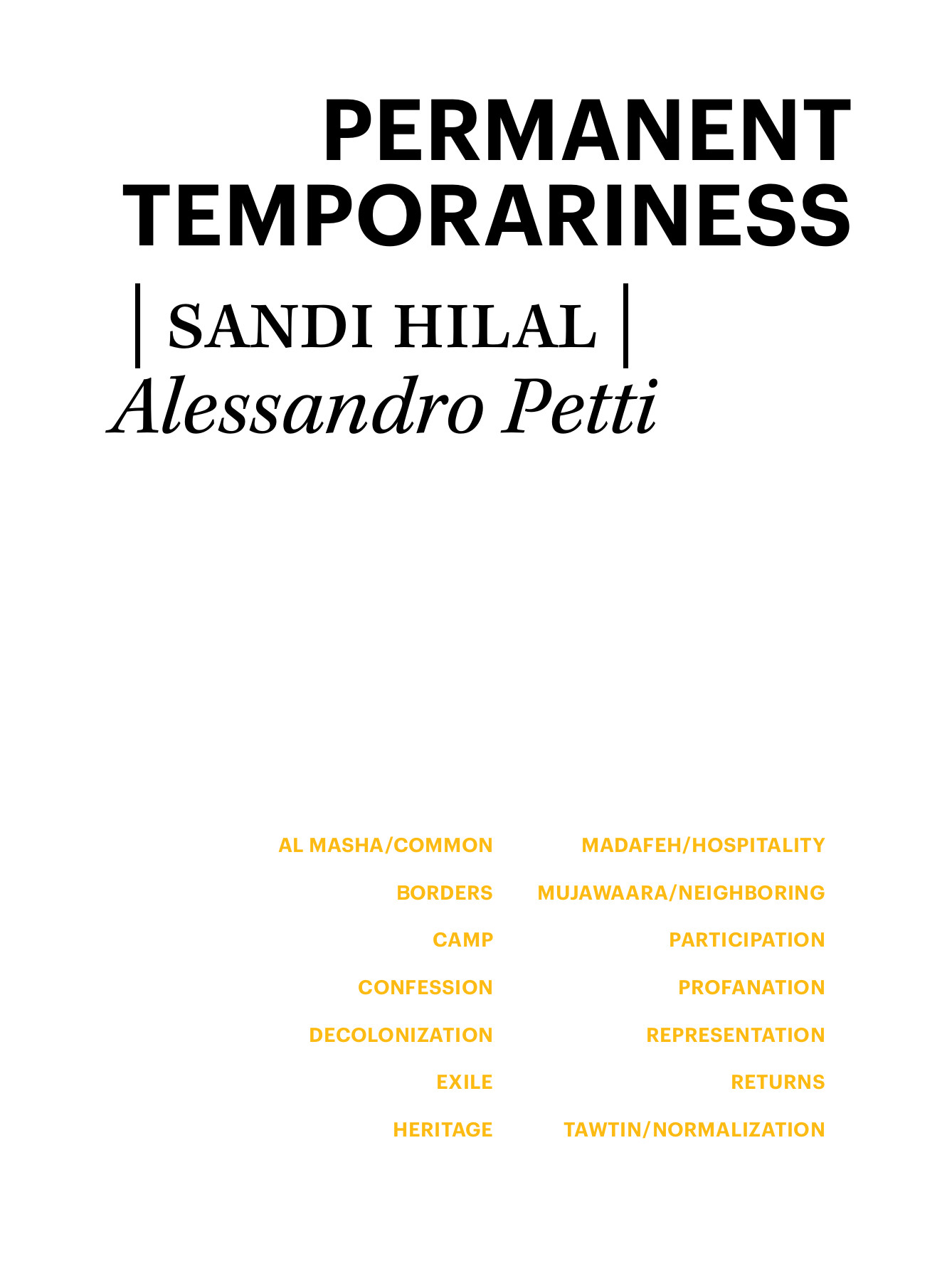 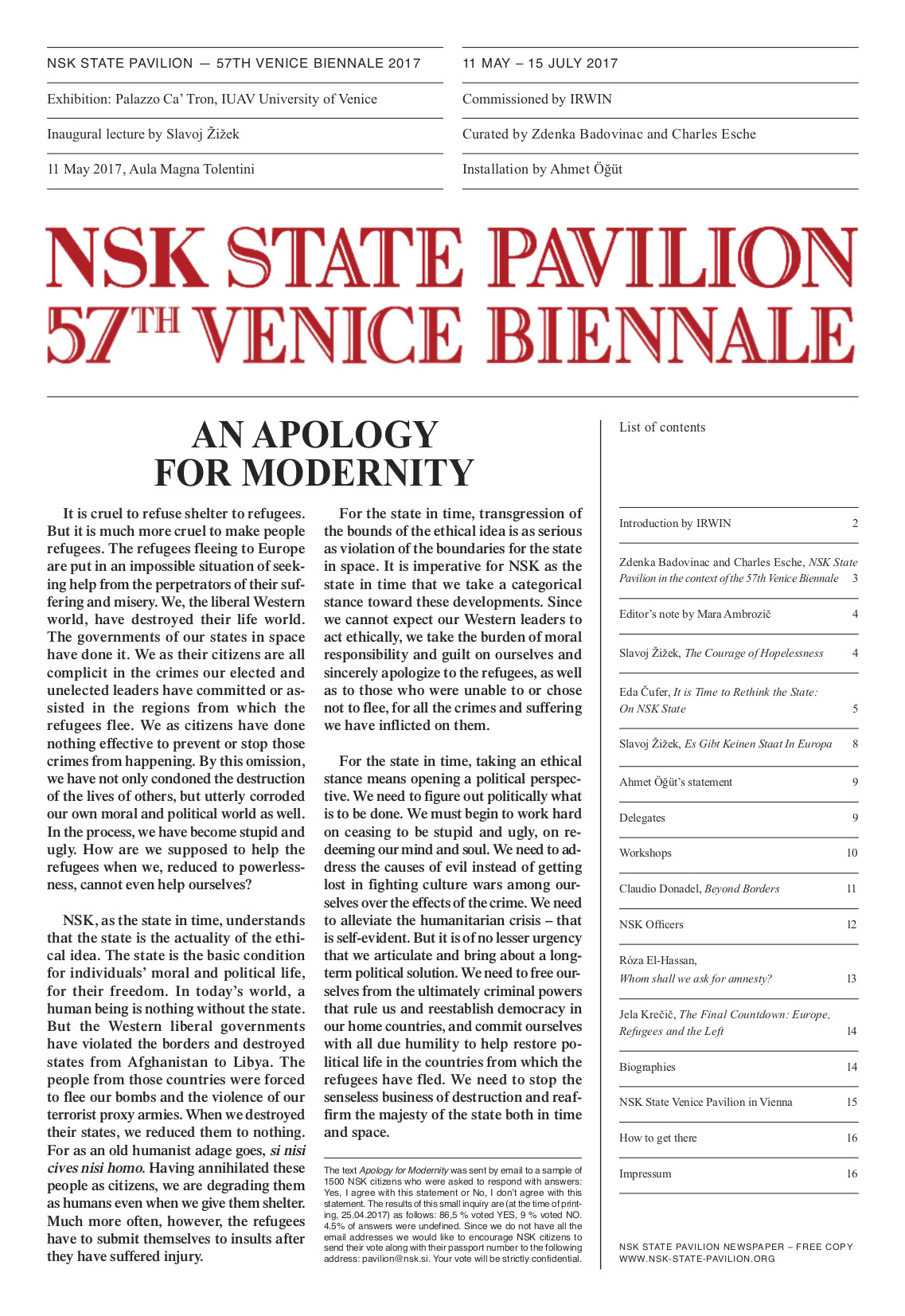 “NSK State in Time was founded by artist collective Neue Slowenische Kunst (NSK) in 1992. It was conceived as a utopian formation, which would have no physical territory and would not be identified with any existing nation state. Along with organising temporary embassies and consulates in cities such as Moscow, Berlin, Florence, Sarajevo and New York, NSK State in Time began issuing passports in 1993. There are currently about 15,000 NSK Passport holders around the world, with well known citizens including including Marina Abramović, John Baldessari, Boris Groys, Hans Ulrich Obrist and Slavoj Žižek.

The NSK State Pavilion provided an added and new dimension to NSK State in Time, built upon a collaboration with migrant communities, humanitarian protection applicants, and stateless individuals who are looking for new citizenship. At the Venice Biennale, the project aimed to rethink what a contemporary state can be, offering an open form of citizenship which contrasts with that generated by spatially-defined states.”