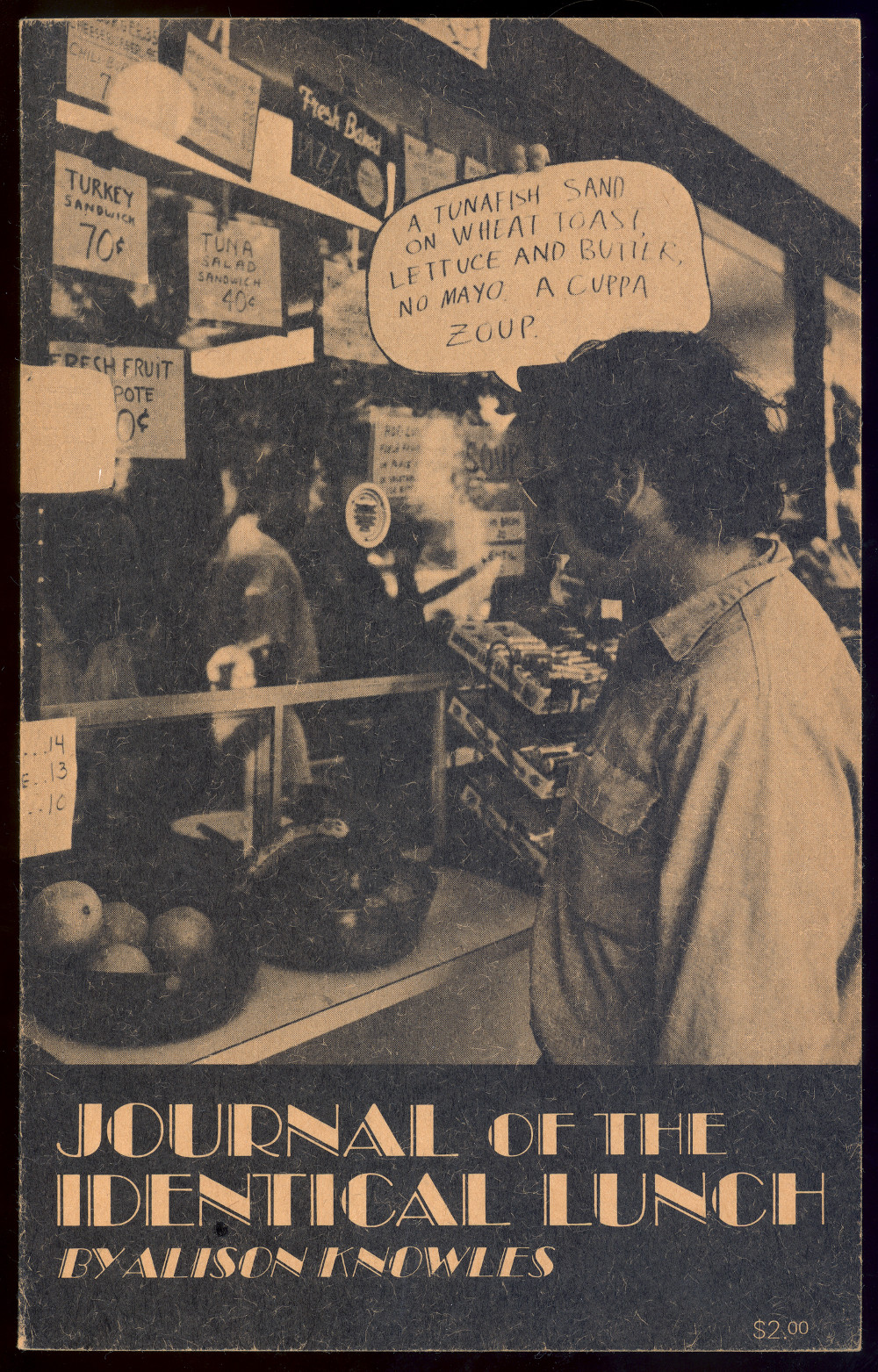 “A journalistic account of a series of performances of a single piece. The book begins with a description of ‘the identical lunch’ which consists primarily of ‘a tunafish sandwich on wheat toast with lettuce and butter, no mayo, and a large glass of buttermilk or a cup of soup.’ These were eaten ‘many days of each week at the same place and at about the same time.’ After this description, and a reproduction of a restaurant check for the same (total, with tax, $1.68, for two) there follows a series of accounts of the performance of this ‘identical lunch’ by Susan Hartung, John Giorno, Dick Higgins, Vernon Hinkle, and others. Many of these accounts have dates, some identify the place and circumstances and difficulties or rewards of the performance. The accounts are recorded in different formats – perhaps by the original performers – using typewriter, typesetting, handwriting, and so forth. The book collects records of lunches which both are and are not identical.” (Source)

First published in The Outsider, nos. 1-5. 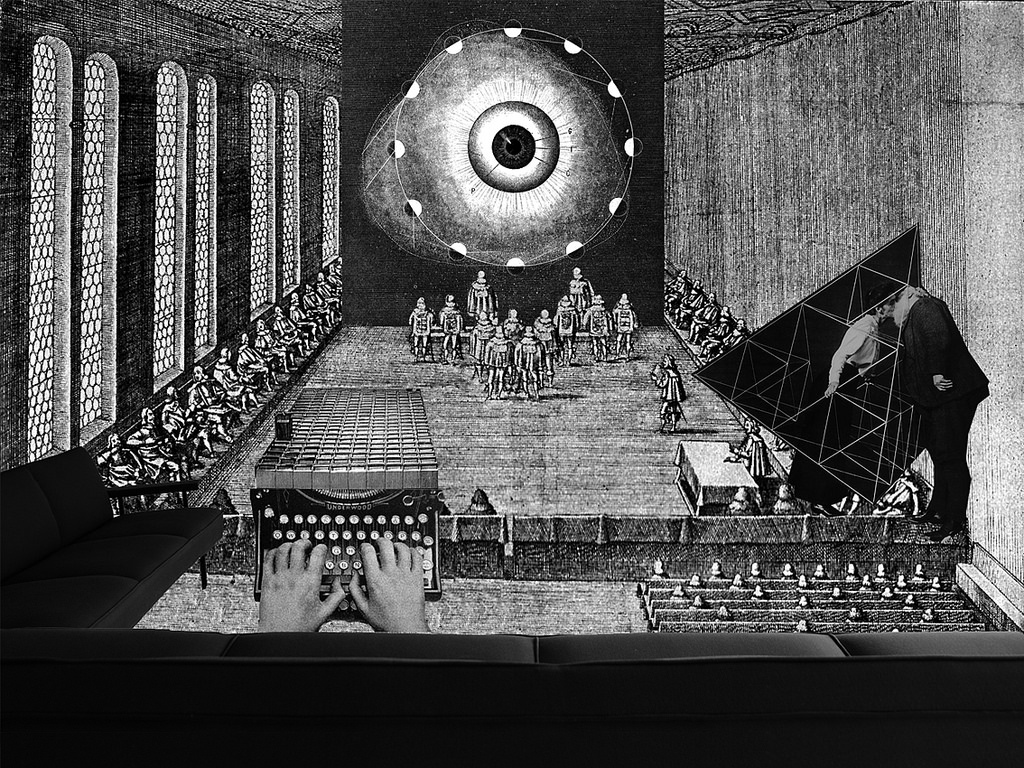