Erving Goffman: The Presentation of Self in Everyday Life (1956) 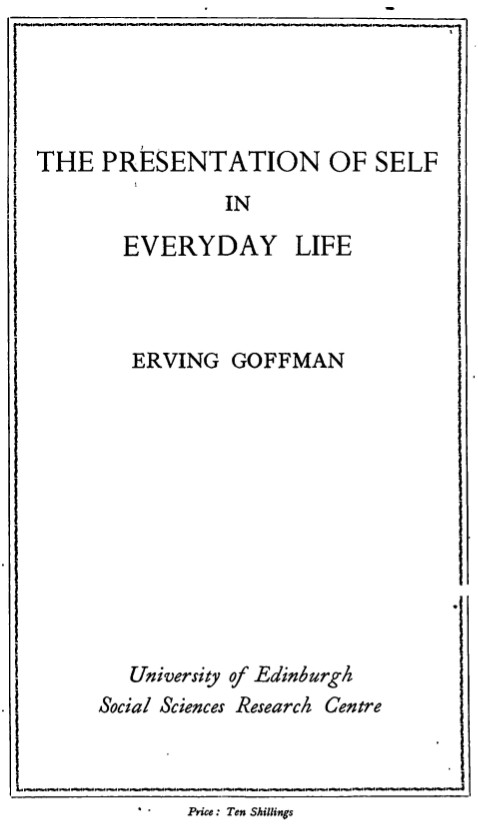 “The Presentation of Self in Everyday Life is a seminal sociology book by Erving Goffman. It uses the imagery of the theatre in order to study human behavior in social situations and the way we appear to others. Discussions of social techniques are based upon detailed research and observation of social customs in many regions.”

Axel Honneth: The Critique of Power: Reflective Stages in a Critical Social Theory (1985/1991) Axel Honneth’s Critique of Power is a rich interpretation of the history of critical theory, which clarifies its central problems and emphasizes the “social” factors that should provide that theory with a normative and practical orientation.

Honneth focuses on the dialog between French and German social theory that was beginning at the time of Michel Foucault’s death. It traces the common roots of the work of Foucault and Jürgen Habermas to a basic text of the last generation of critical theorists – Max Horkheimer and Theodor Adorno’s Dialectic of Enlightenment – and draws from this connection the outline of a program that might unite and surpass their seemingly irreconcilable methods of critiquing power structures. In doing so, Honneth provides a constructive and nonpolemical framework for comparisons between the two theorists. And he presents a novel interpretation of Foucault’s analysis of social systems.

Honneth traces the internal contradictions in critical theory through an analysis of Horkheimer’s early programmatic writings, the Dialectic of Enlightenment, and Adorno’s later social-theoretical writings. He shows how Habermas and Foucault in their distinctive ways reinserted the social world into critical theory but argues that neither operation has been wholly successful. His cogent analysis redirects critical social theory in ways that can draw on the strengths and avoid the weaknesses of the two approaches.