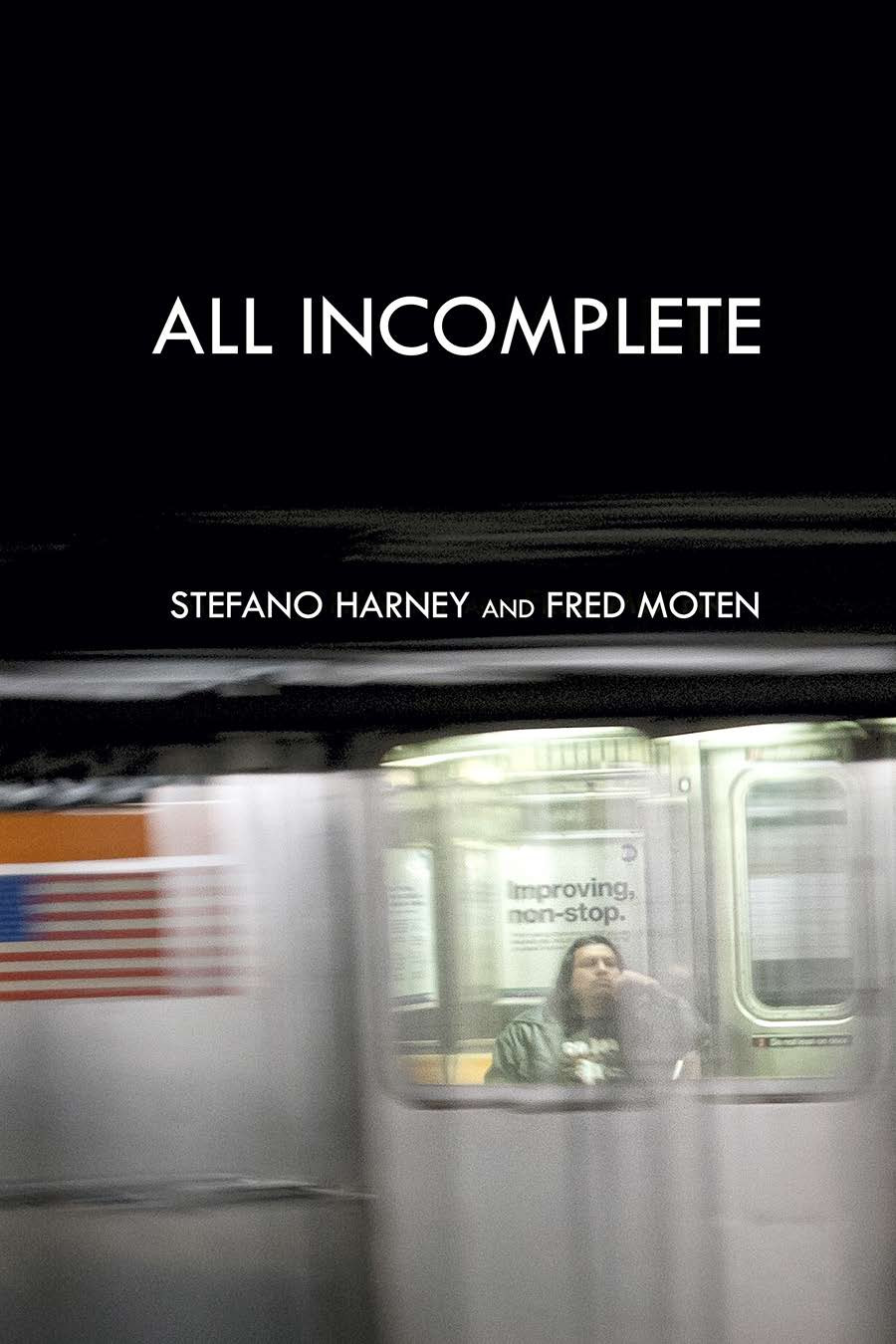 “Building on the ideas Harney and Moten developed in The Undercommons, All Incomplete extends the critical investigation of logistics, individuation and sovereignty. It reflects their chances to travel, listen and deepen their commitment to and claim upon partiality.

All Incomplete studies the history of a preference for the force and ground and underground of social existence. Engaging a vibrant constellation of thought that includes the work of Amilcar Cabral, Erica Edwards, Denise Ferreira da Silva, Cedric Robinson, Walter Rodney, Hortense Spillers and many others, Harney and Moten seek to share and understand that preference.

In so doing, Moten and Harney hope to have forged what Manolo Callahan, echoing Ivan lllich, calls a convivial tool that — despite the temptation to improve and demand, develop and govern, separate and grasp — helps us renew our habits of assembly.”