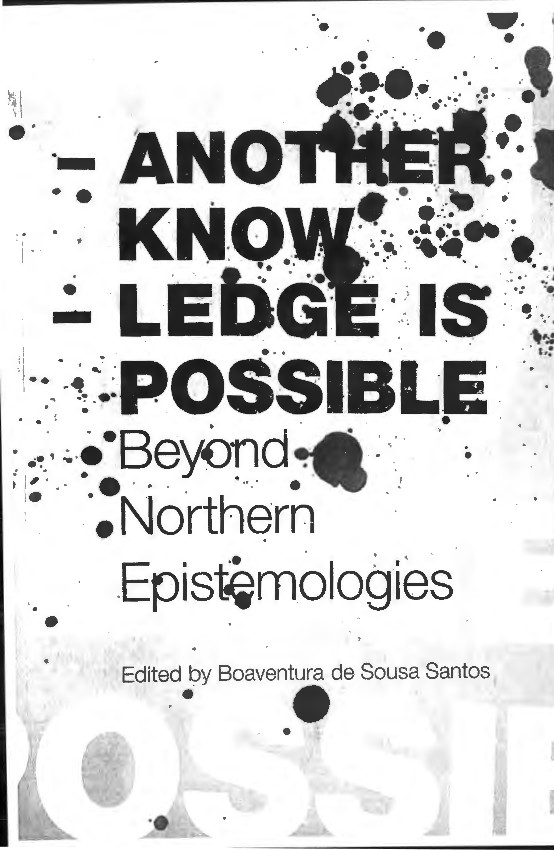 “The main argument of this book is that there is no global social justice without global cognitive justice. Probably more than ever, global capitalism appears as a civilizational paradigm encompassing all domains of social life. The exclusion, oppression, and discrimination it produces have not only economic, social, and political dimensions but also cultural and epistemological ones. Accordingly, to confront this paradigm in all its dimensions is the challenge facing a new critical theory and new emancipatory practices. Contrary to their predecessors, this theory and these practices must start from the premise that the epistemological diversity of the world is immense, as immense as its cultural diversity and that the recognition of such diversity must be at the core of the global resistance against capitalism and of the formulation of alternative forms of sociability.” (from the Introduction)

Another Knowledge Is Possible explores the struggles against moral and cultural imperialism and neoliberal globalization that have taken place over the past few decades, and the alternatives that have emerged in countries throughout the developing world from Brazil and Colombia, to India, South Africa and Mozambique. In particular it looks at the issue of biodiversity, the confrontation between scientific and non-scientific knowledges, and the increasing difficulty experienced by great numbers of people in accessing information and scientific-technological knowledge.