Kenneth Goldsmith: The Ideal Lecture: In Memory of David Antin (2018) 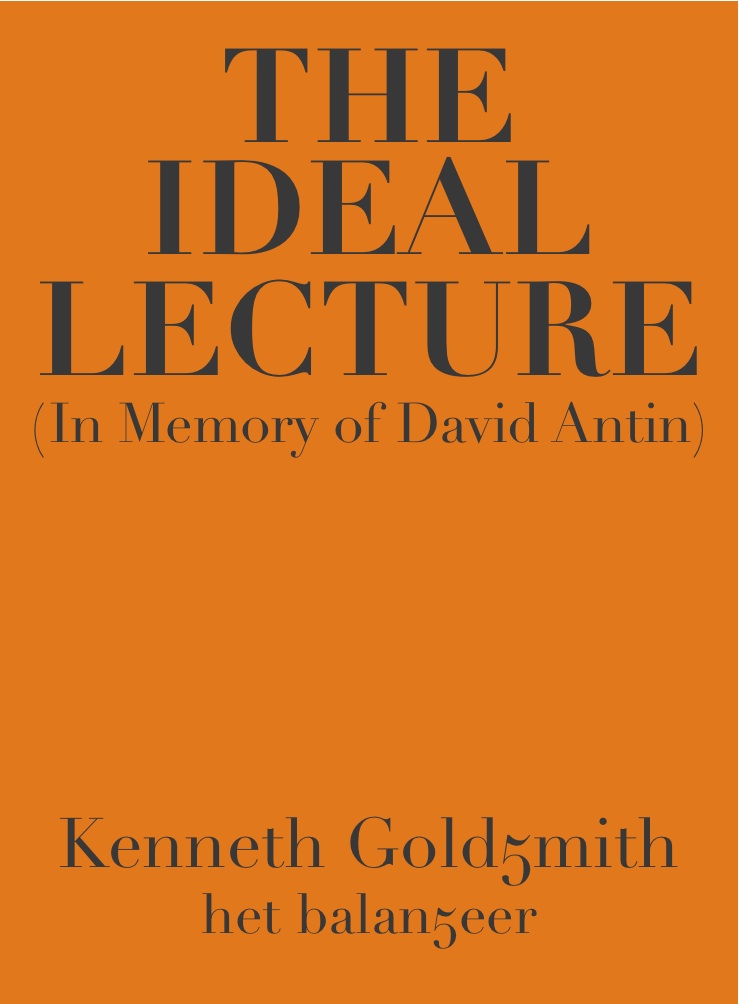 “This lecture premiered at The Louvre auditorium as part of FIAC’s public programs in October, 2017. To give it, I loaded the talk into a teleprompter program on my laptop. The linebreaks in the piece are a result of the way the teleprompter program broke them up in order to facilitate the reading of the work. Although I have never written lineated verse, I love the idea that a computer lineated the verse for me. This lecture, then, reads an awful lot like the way I talk, but it is truly nothing like the way I talk.”