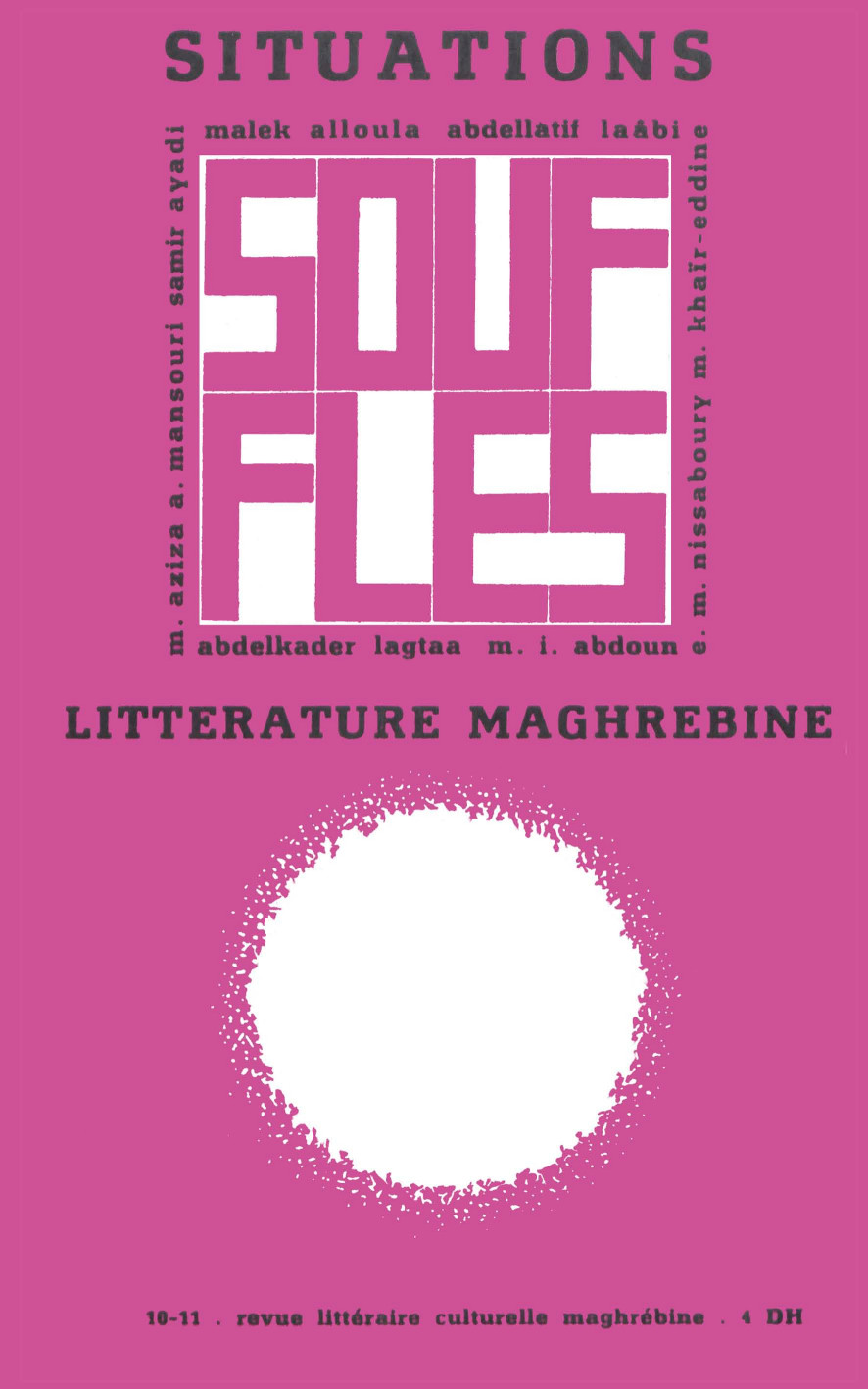 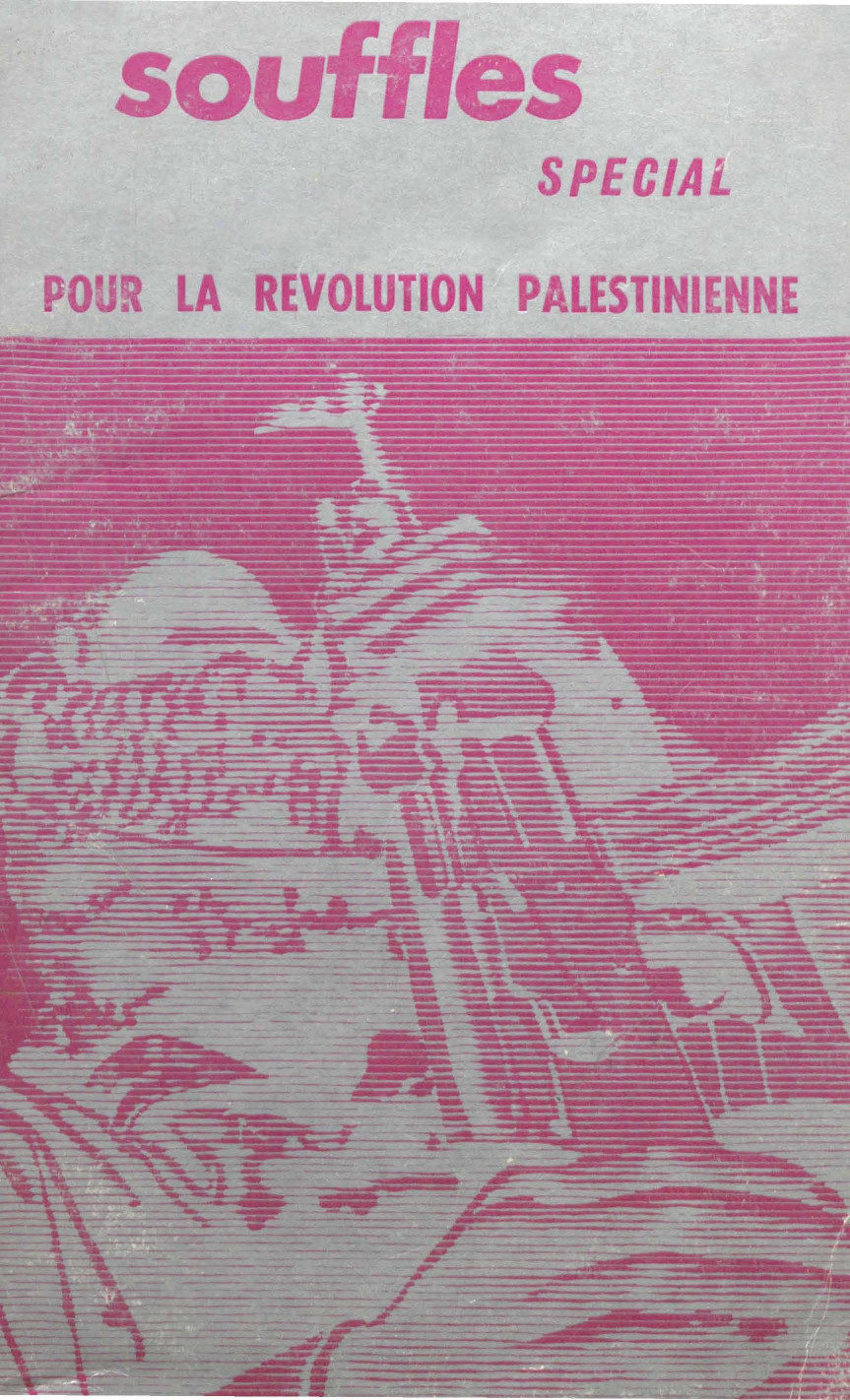 ““This slim booklet contains dynamite,” wrote Policy in its 1966 review of new Moroccan quarterly magazine, Souffles. Instigated by a small group of self-professed “linguistic guerrillas” as “a manifesto for a new aesthetics in the Maghreb”, it became a conduit for a new generation of writers, artists, and intellectuals to stage a revolution against imperialist and colonial cultural domination. The starting point for this revolution was language.

From its first issue, Souffles posed an aggressive challenge to the traditional Francophone and Arabophone literary divides by encouraging experimentation, translations and collaborations. It wasn’t long before its trademark cover emblazoned with an intense black sun radiated throughout Africa, the Arab world, West Indies and the Black Atlantic. In the early 1970s the magazine changed focus. Motivated by the crushing Arab defeat in Six-Day War and the Paris uprisings, its founder, editor and publisher Abdellatif Laâbi declared that “literature was no longer sufficient.” After the 15th issue, dedicated to Palestine, Souffles underwent a major redesign, emerging as a new firebrand organ of leftist revolutionary group, Ila al-Amam. This new political agenda caught the attention of the authorities and in 1972 the magazine was banned and Laâbi arrested. While in prison he was awarded several international poetry prizes. After a long solidarity campaign, he regained his freedom in 1980.

Souffles was inspired by Frantz Fanon’s The Wretched of the Earth, as well as early postcolonial writers such Aime Cesaire, Mario de Andrade, and René Depestre and journals like Presence Africaine. Since its demise, few publications have matched its stature, appeal, or intellectual authority. Its influence can however be felt in contemporary magazines such as Le Journal, Nichane and Biddoun.” (Source)

Up to the double issue 10-11, the magazine was in French only, afterwards it also included Arabic section entitled Anfâs. The magazine cover was designed by painter Mohamed Melehi.

Editor
Writings about the magazine