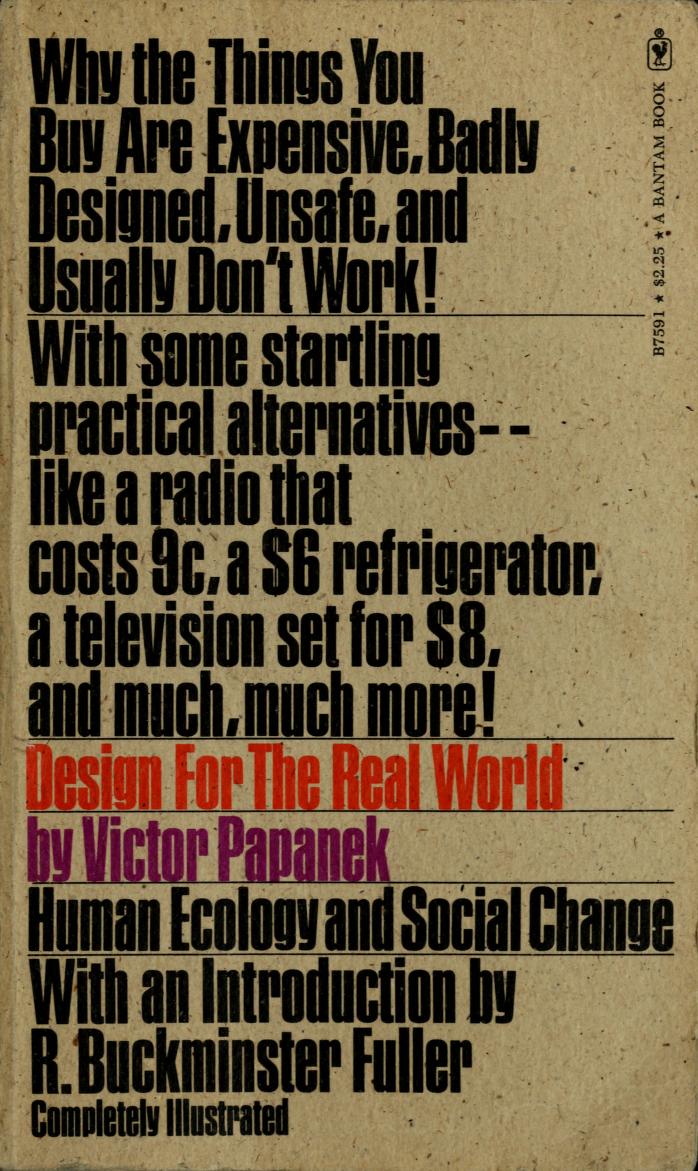 “Design for the Real World has become a classic. Translated into twenty-three languages, it is one of the world’s most widely read books on design and is a required text in many design and architectural schools. Victor Papanek examines the attempts by designers to combat the tawdry, the unsafe, the frivolous, the useless product, once again providing a blueprint for sensible, responsible design in this world which is deficient in resources and energy.” 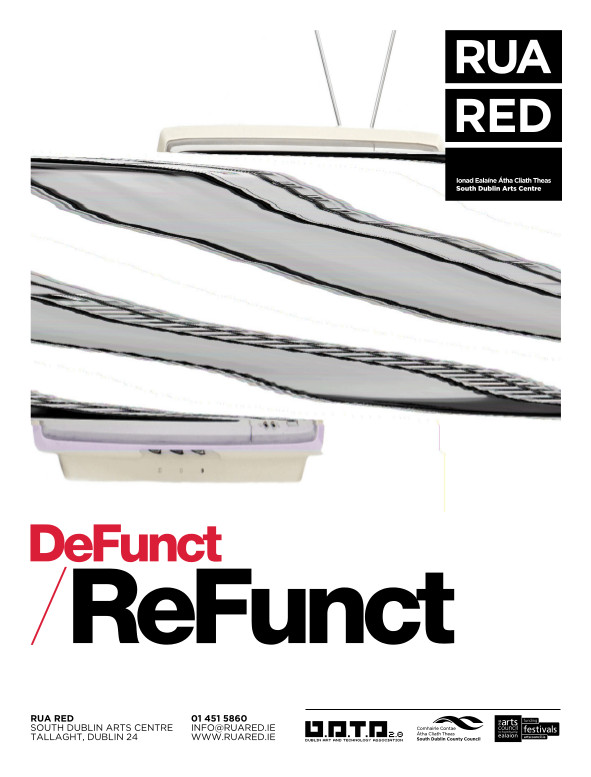 Mobile phones, communication devices, game consoles and PCs have short lifespans. How can we rethink, reuse and reinvent our e-waste? Hardware hacking, programming and physical computing are becoming part of artistic scope. There is a growing interest among artists and designers to know more about these domains of creation.

Catalogue for the DeFunct/ReFunct exhibition held in Rua Red, Dublin, as part of the Glitch Festival. – Encourages critical reflections that shed light on how combinations of art, architecture, technology and science could directly impact urban societies and their rural alternative
– Discusses the know-how-transfer between the arts and the sciences is facilitated

Mediated Environments addresses the problem that society interprets our environment through conditioned and constructed representations of mainstream media and not in a transdisciplinary way with the help of artists, architects, filmmakers, cultural theorists and scientists. The writers who come from these various backgrounds all wish to give media artists, designers and writers a new role in relation to the pressing issues of urban and rural life: ones that can address the challenges of human psychology, recycling, agricultural production, climate chaos and energy conservation. The main aims were to focus on the potentials of creative work to raise public awareness and to find new discourses that can be shared within the areas of mediated architecture, eco art, experimental documentary film, eco-emergent design and art and science collaborations. The editors believe that a closer transdisciplinary working relationship could encourage a more tangible approach to these problems of the future.