“Erwin Panofsky’s Perspective as Symbolic Form is one of the great works of modern intellectual history, the legendary text that has dominated all art-historical and philosophical discussions on the topic of perspective in the last century. This unrivaled example of Panofsky’s early method places him within broader developments in theories of knowledge and cultural change. Here, drawing on a massive body of learning that ranges over ancient philosophy, theology, science, and optics as well as the history of art, Panofsky produces a type of ‘archaeology’ of Western representation that far surpasses the usual scope of art historical studies.

Perspective in Panofsky’s hands becomes a central component of a Western “will to form,” the expression of a schema linking the social, cognitive, psychological, and especially technical practices of a given culture into harmonious and integrated wholes. He demonstrates how the perceptual schema of each historical culture or epoch is unique and how each gives rise to a different but equally full vision of the world. Panofsky articulates these distinct spatial systems, explicating their particular coherence and compatibility with the modes of knowledge, belief, and exchange that characterized the cultures in which they arose. Our own modernity, Panofsky shows, is inseparable from its peculiarly mathematical expression of the concept of the infinite, within a space that is both continuous and homogenous.” 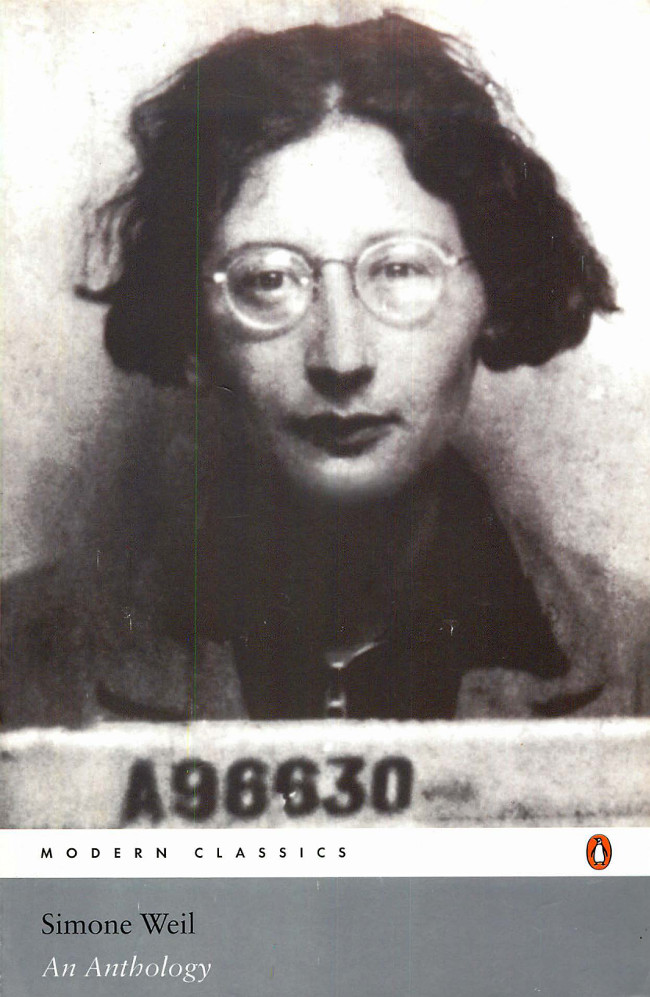 Simone Weil was one of the foremost thinkers of the twentieth century: a philosopher, theologian, critic, sociologist and political activist. This anthology spans the wide range of her thought, and includes an extract from her best-known work The Need for Roots, exploring the ways in which modern society fails the human soul; her thoughts on the misuse of language by those in power; and the essay “Human Personality”, a late, beautiful reflection on the rights and responsibilities of every individual. All are marked by the unique combination of literary eloquence and moral perspicacity that characterised Weil’s ideas and inspired a generation of thinkers and writers both in and outside her native France.