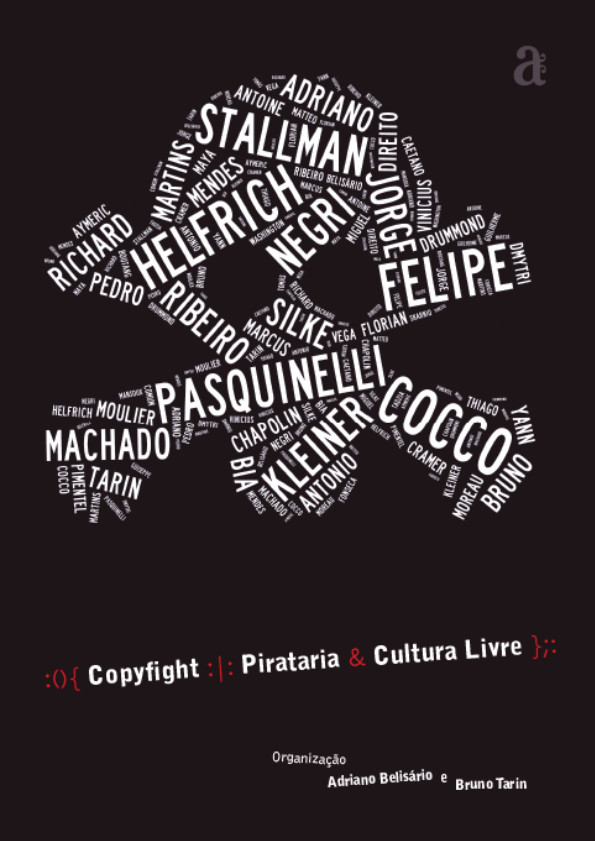 Copyfight is a collection of Brazilian Portuguese texts that aim to address some of the disputes around the topic of intellectual property, throwing new light on the subject and showing how such conflicts have impacts not only in the field of media culture, but also on our everyday lives, as well as on the production of machines, objects or food.

As stated in its introduction, “the goal of the book is not to broadcast a single view or a final proposal for the current issues about free culture and piracy, but rather unveil a multitude of reflections and practices. Copyfight does not refer to a world of perfect fittings, but a world of friction.” In this sense, the book develops a experimental to its reading, allowing the access of texts through thematic nodes or through the notes of the editors. “Libre Culture is the essential expression of the free culture/copyleft movement. This anthology, brought together here for the first time, represents the early groundwork of Libre Society thought. Referring to the development of creativity and ideas, capital works to hoard and privatize the knowledge and meaning of what is created. Expression becomes monopolized, secured within an artificial market-scarcity enclave and finally presented as a novelty on the culture industry in order to benefit cloistered profit motives. In the way that physical resources such as forests or public services are free, Libre Culture argues for the freeing up of human ideas and expression from copyright bulwarks in all forms.”