I Think That Conversations Are the Best, Biggest Thing That Software Has to Offer its User (2015) 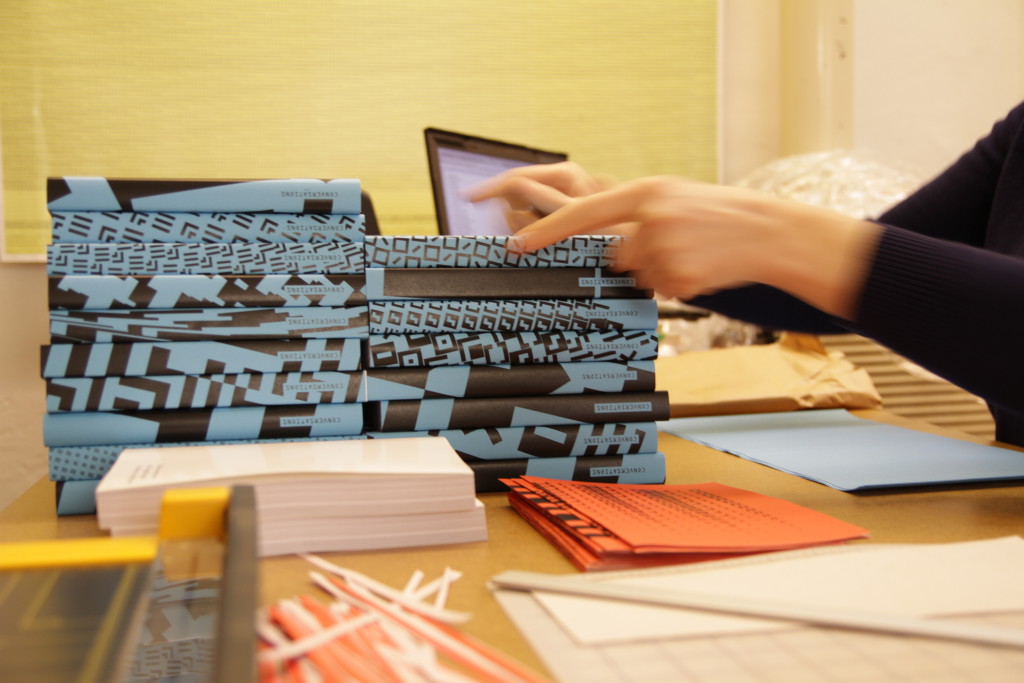 “I think that conversations are the best, biggest thing that free software has to offer its user.

An extensive collection of conversations between developers and designers involved in the wider ecosystem of Libre Graphics. Speaking to each other about tools for typography, lay-out and image processing they render a portrait of a community gradually understanding the interdependencies between Free Software and design. Conversations is edited by Femke Snelting in collaboration with Christoph Haag.” 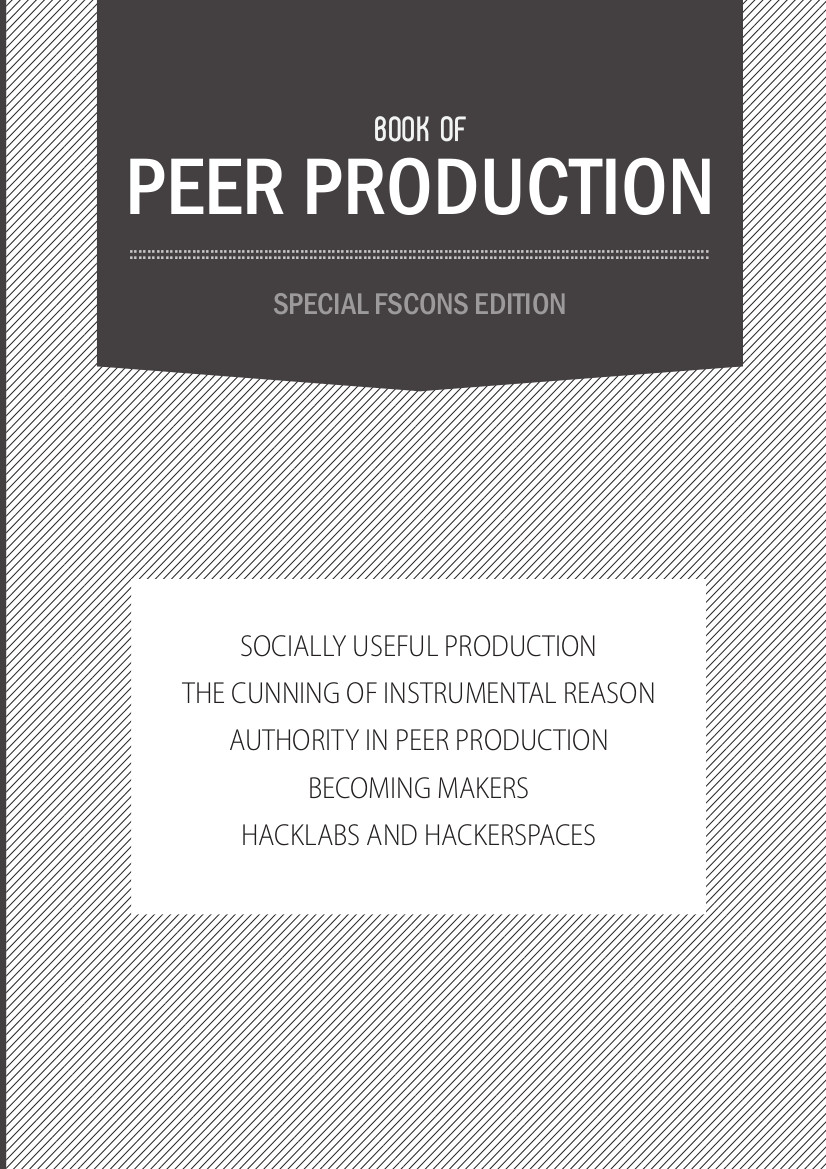 “This edited volume is a special edition of Journal of Peer Production. It consists of papers written by presenters at the Peer Production-track at the Free Society Conference and Nordic Summit (FSCONS), Göteborg 2014. In their different ways, the authors bear witness to foregone and forgotten traditions of utopian technology development, providing the background of present-day initiatives to build a better future from bottom-up.”

Edited by Johan Söderberg and Maxigas
Publisher NSU Press, Aarhus, November 2014
All the content in this book is in the public domain
ISBN 9788787564830
56 pages

“Despite the marketing clangour of the “maker movement”, shared machine shops are currently “fringe phenomena” since they play a minor role in the production of wealth, knowledge, political consensus and the social organisation of life. Interestingly, however, they also prominently share the core transformations experienced in contemporary capitalism. The convergence of work, labour and other aspects of life — the rapid development of algorithmically driven technical systems and their intensifying role in social organisation — the practical and legitimation crisis of institutions, echoed by renewed attempts at self-organisation.

Each article in this special issue addresses a received truth which circulates unreflected amongst both academics analysing these phenomena and practitioners engaged in the respective scenes. Questioning such myths based on empirical research founded on a rigorous theoretical framework is what a journal such as the Journal of Peer Production can contribute to both academic and activist discourses. Shared machine shops have been around for at least a decade or so, which makes for a good time to evaluate how they live up to their self-professed social missions.”