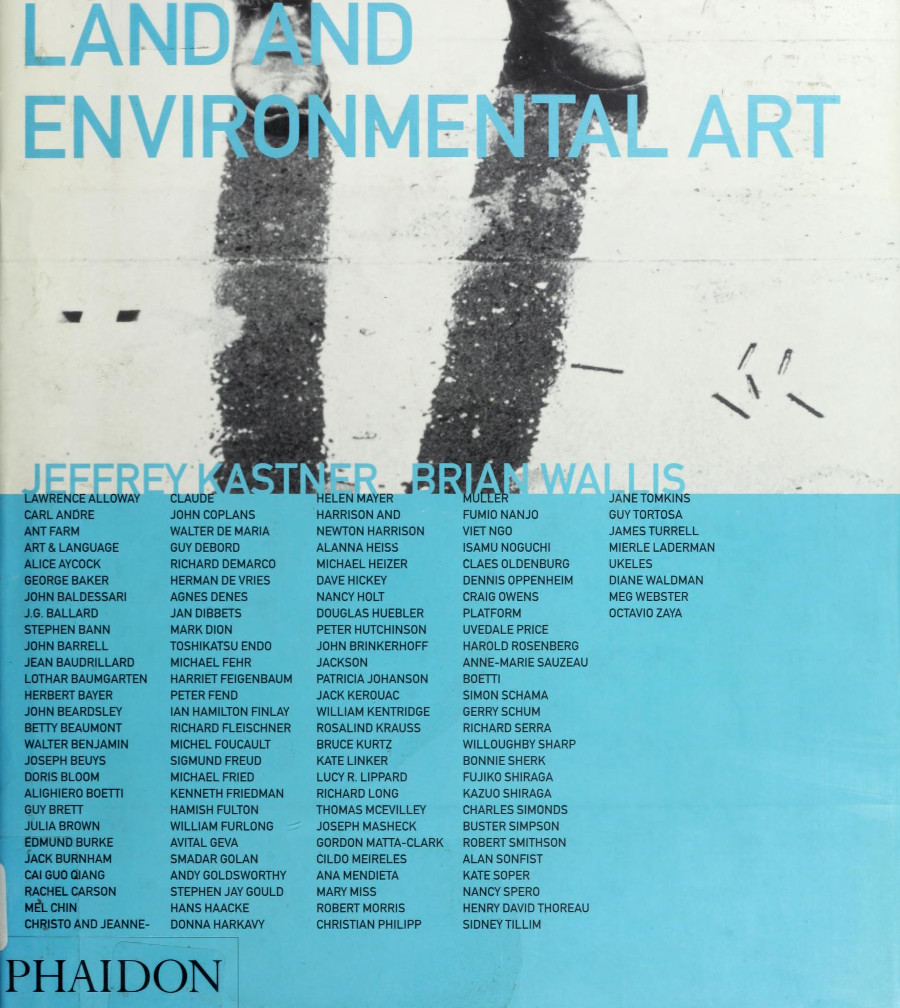 “The traditional landscape genre was radically transformed in the 1960s when many artists stopped merely representing the land and made their mark directly in the environment. Drawn by the vast uncultivated spaces of the desert and mountain as well as post-industrial wastelands, artists such as Michael Heizer, Nancy Holt and Robert Smithson moved the earth to create colossal primal symbols. Others punctuated the horizon with man-made signposts, such as Christo’s Running Fence or Walter de Maria’s Lightning Field. Journeys became works of art for Richard Long while Dennis Oppenheim and Ana Mendieta immersed their bodies in the contours of the land.

This book traces early developments to the present day, as artists are exploring eco-systems and the interface between industrial, urban and rural cultures.”

For more on land art see Monoskop wiki (includes a select bibliography and collection of links to online documentation of the works by early land artists).