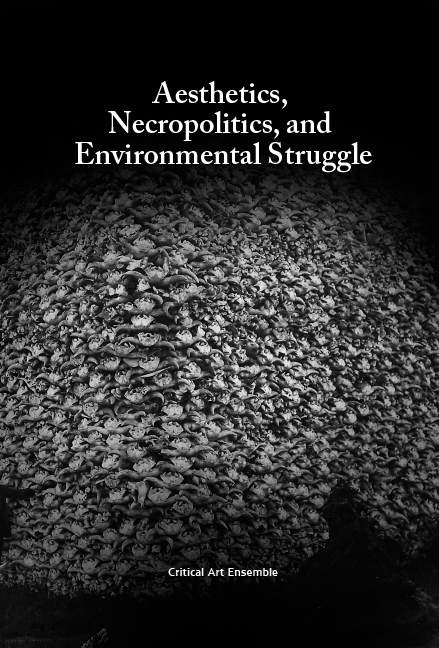 “With typical sangfroid, CAE dissects the beast of our own making: the Anthropocene. Clarifying the philosophical roots of the Euro-American confusion about nature, this text offers severe and essential medicine for coming to terms with our ecological predicament.” –Claire Pentecost, professor, School of the Art Institute of Chicago

“This book presents a perspective about the environmental crisis that I suspected was there but couldn’t put my finger on. Follow these authors deep into one of the biggest cultural lacunas of our day: necropolitics. This book fully abandons solutionist bull in favor of a measured approach grounded only in what we know. Read it, weep, and then kick ass. Once again, CAE has blown my fucking mind.” –Mike Bonanno, The Yes Men