The Connected! Programme spanned a two year period from January 2003 to January 2005. It officially concluded with a celebratory Birthday party for Art in the Theatrum Anatomicum of Waag Society, the local ‘home’-base of many Connected! projects. Although most of the people present at that event agreed with Federico Bonelli’s assessment “that art could have committed suicide in 1984” – the research and the show goes on.

The Connected! Programme had four nested components: Projects, Artists-in-Residence, Sentient Creatures Lecture Series and Anatomic. This book documents many of the activities in these domains; the lectures, the events, the workshops, the performances, the installations, the discourse. Yet, it’s interesting to note that pulling together material for this publication was a bit like trying to capture the wind. Much of the work produced in this two-year period emphasized the real-time process of the making. Documentation of that often fragile, unstable and always already ephemeral process is sketchy at best and marginal to the actualization of the event itself. For many of these artists, documentation is a secondary concern, an afterthought. For others, documenting is an integral process indistinguishable from the event itself.

There are myriad photos in this catalogue of artists behind their laptops. Myriad photos that say little about the levels and layers of codified communication emitted from those unseen screens. These casual, unpretentious shots are images of social networks in progress – the translocal – a feedback loop of the local effecting the global affecting the local affecting the global. Not only does the artwork produced, or better transduced, scramble representational meaning but so too does the process of making. Performance practice that addresses the indeterminate dance-on-the-edge-of-chaos in compositional processes is a felt thing, an experience that doesn’t always translate well in laptop snapshots. 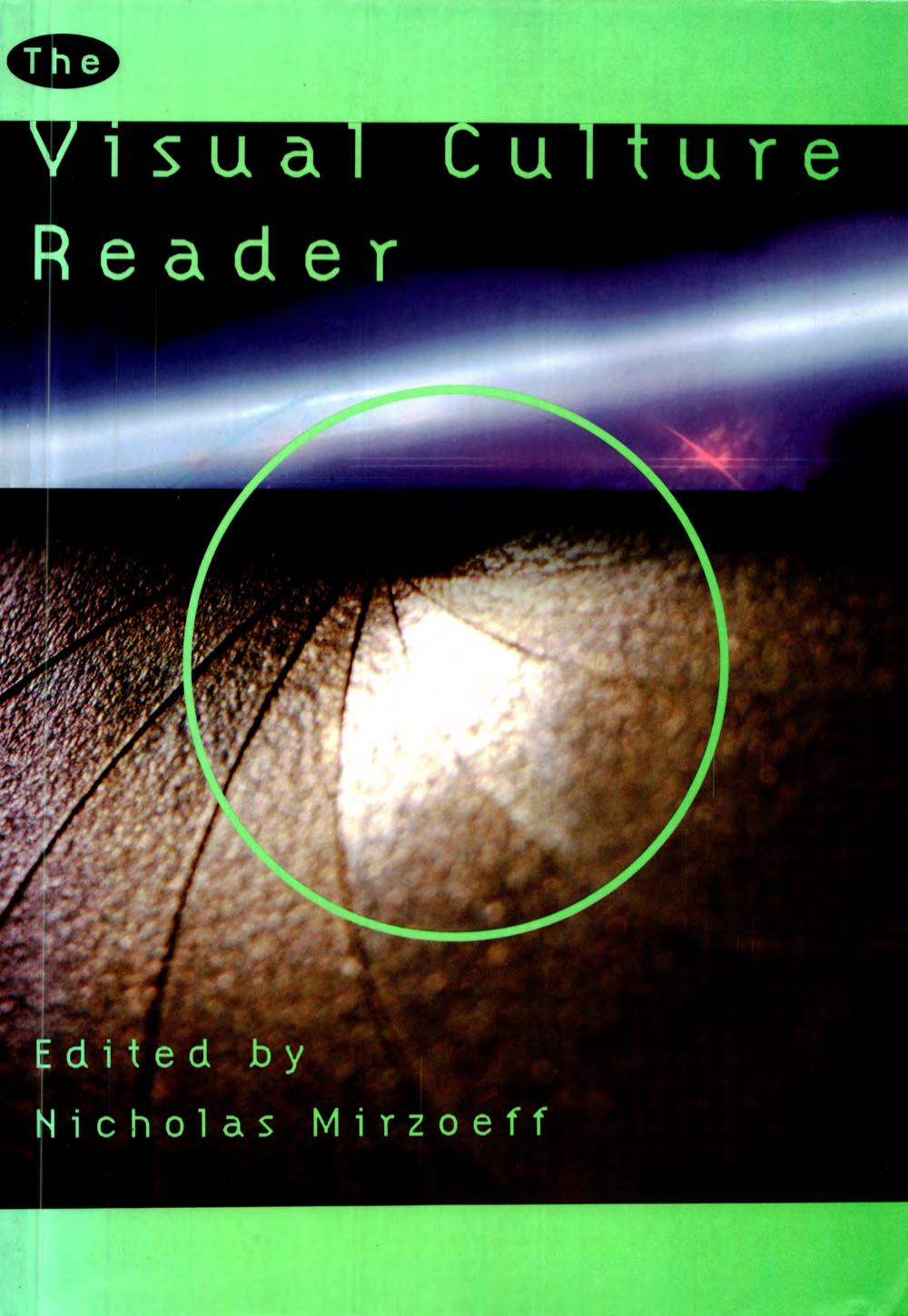 “The Visual Culture Reader brings together key writings as well as specially commissioned articles covering a wealth of visual forms including photography, painting, sculpture, fashion, advertising, television, cinema and digital culture. The Reader features an introductory section tracing the development of visual culture studies in response to globalization and digital culture, and articles grouped into thematic sections, each prefaced by an introduction by the editor and conclude with suggestions for further reading.”

Digital images are an integral part of all media, including television, film, photography, animation, video games, data visualization, and the Internet. In the digital world, spectators become navigators wending their way through a variety of interactive experiences, and images become spaces of visualization with more and more intelligence programmed into the very fabric of communication processes. In How Images Think, Ron Burnett explores this new ecology, which has transformed the relationships humans have with the image-based technologies they have created. So much intelligence has been programmed into these image-dependent technologies that it often seems as if images are “thinking”; ascribing thought to machines redefines our relationship with them and enlarges our ideas about body and mind. Burnett argues that the development of this new, closely interdependent relationship marks a turning point in our understanding of the connections between humans and machines.

After presenting an overview of visual perception, Burnett examines the interactive modes of new technologies—including computer games, virtual reality, digital photography, and film— and locates digital images in a historical context. He argues that virtual images occupy a “middle space,” combining the virtual and the real into an environment of visualization that blurs the distinctions between subject and object—part of a continuum of experiences generated by creative choices by viewers, the results of which cannot be attributed either to images or to participants.