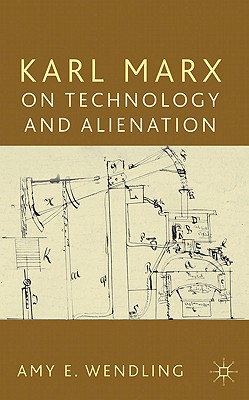 “In Karl Marx on Technology and Alienation, Amy Wendling draws on lesser known archival materials, including Marx’s notebooks on women and patriarchy and technology to offer a new interpretation of Marx’s concept of alienation as it develops throughout his works. For Marx, technology exemplifies the interaction between human beings and nature. Marx’s description of this interaction is in transition throughout his works. An older, humanist and vitalist paradigm sets the human being against nature as a qualitatively different type of force. A newer, thermodynamic paradigm sets the human being and nature in continuity. Marx’s work occurs at the juncture of these paradigms and contains elements of each. This affects his deployment of the concept ‘labor’. Labor is demoted from its status as a meaningful human activity that confers political status and mastery of the natural world, and it becomes a mere nodal point where energy is transferred. Against this backdrop, Marx increasingly appealed not to meaningful labor but to the abolition of labor as the culmination of human freedom. He also shows how the labours of members of the working class, including women, are interpreted in the old and new paradigms.” What sustains Capitalism? Our acceptance of everyday activities. The text offers a clear introduction to basic Marxist concepts like commodity fetishism, and surplus value; it also traces the transformation of human activity into capital. It opens with the observation “that everyday practical activity of tribesmen reproduces, or perpetuates, a tribe.”