“Charles Csuri organized and participated the Interactive Sound and Visual Systems exhibition, which included the installation of a large computer system with which visitors could interact. In the catalogue introduction, Csuri states, “Interdisciplinary approaches to problem solving represent the frontiers of research and education in the modern university.” The Interactive Sound and Visual Systems exhibition was held in the Hopkins Gallery, Hopkins Hall, The Ohio State University. The exhibition had to be closed early due to political demonstrations and subsequent riots on campus. Only this small catalogue remains to document the exhibition.”

College of the Arts, The Ohio State University, 25 April – 12 May 1970
Design by Eric Marlow
Photographs by David Hlynsky
Collages by Edd Benton
31 pages

Cybernetic Serendipidity: The Computer and the Arts (1968) 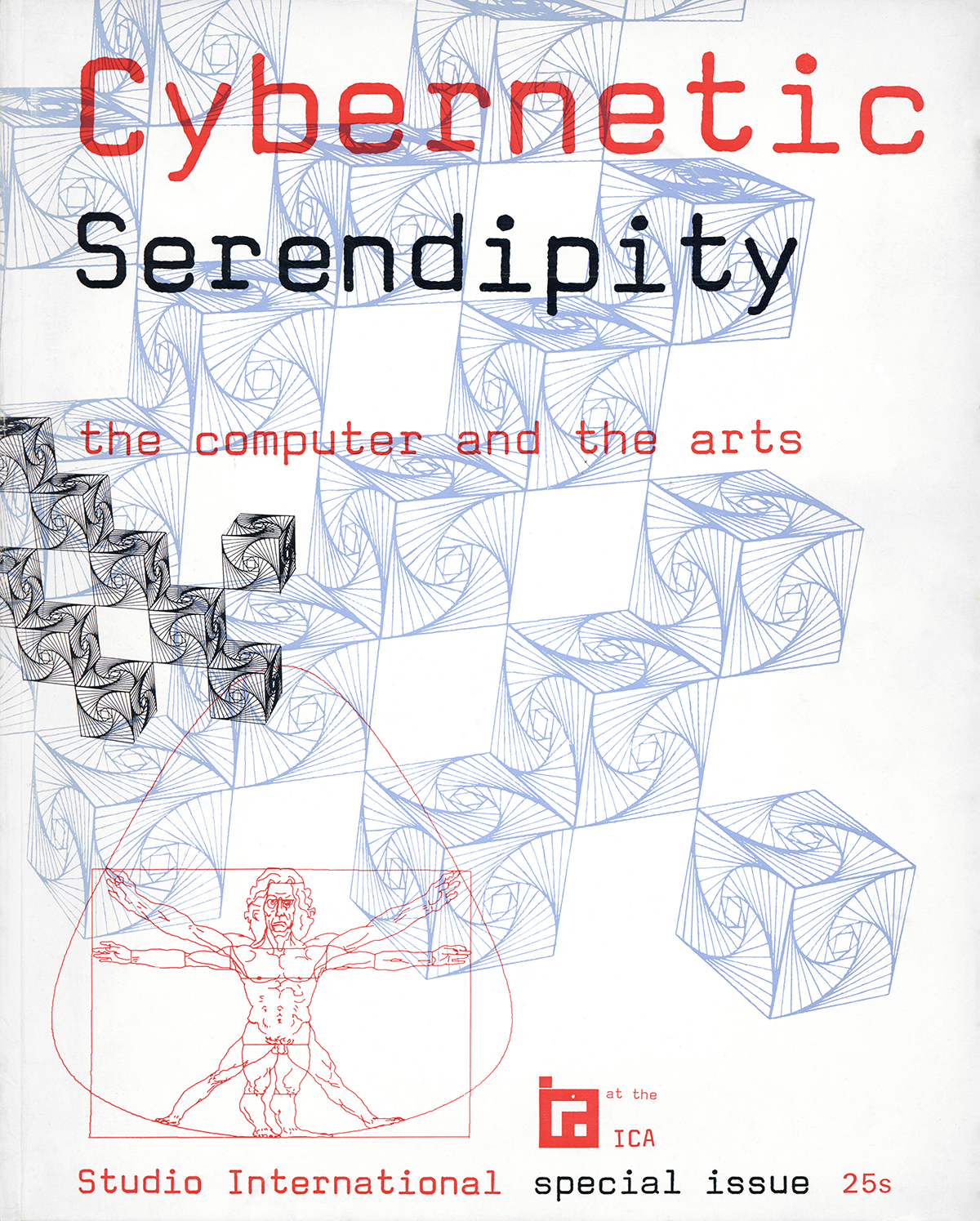 The show featured a comprehensive assortment of pioneer techno-artists including Edward Ihnatowicz, Liliane Lijn, Gustav Metzger, Nam June Paik, Nicolas Schöffer, and Jean Tinguely, and as represented by a number of their more noteworthy pieces including Paik’s Robot K-456 (1964), Schöffer’s CYSP-1 (1956); and Tinguely’s Méta-Matic (1961). It also included works by engineers, mathematicians, composers and poets. Reichardt also went on to serve as the editor of a book, Cybernetics, Art and Ideas (1971), extending this study of the relationship between cybernetics and arts.