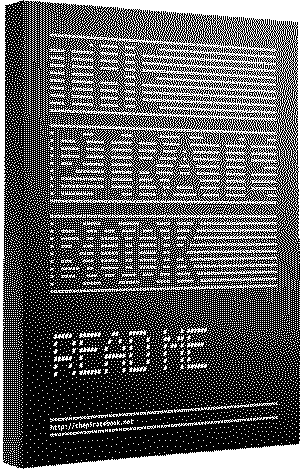 “A compilation of stories about sharing, distributing and experiencing cultural contents outside the boundaries of local economies, politics, or laws.

This publication offers a broad view on media piracy as well as a variety of comparative perspectives on recent issues and historical facts regarding piracy. It contains a compilation of texts on grass-roots situations whose stories describe strategies developed to share, distribute and experience cultural content outside of the confines of local economies, politics or laws. These stories recount the experiences of individuals from India, Cuba, Brazil, Mexico, Mali and China. The book is structured in four parts and begins with a collection of stories on piracy dating back to the invention of the printing press and expanding to broader issues (historical & modern anti-piracy technologies, geographically-specific issues, as well as the rules of the Warez scene, its charters, structure and visual culture…).” 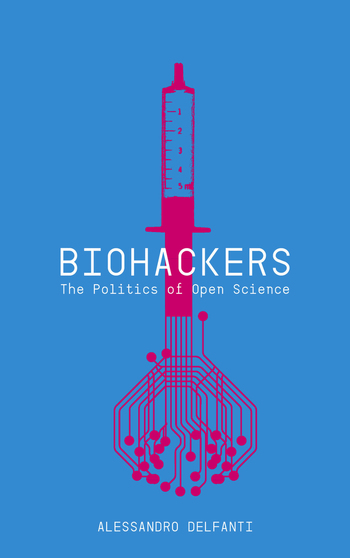 “Biohackers explores fundamental changes occuring in the circulation and ownership of scientific information. Alessandro Delfanti argues that the combination of the ethos of 20th century science, the hacker movement and the free software movement is producing an open science culture which redefines the relationship between researchers, scientific institutions and commercial companies.

Biohackers looks at the emergence of the citizen biology community ‘DIYbio’, the shift to open access by the American biologist Craig Venter and the rebellion of the Italian virologist Ilaria Capua against WHO data-sharing policies.

Delfanti argues that these biologists and many others are involved in a transformation of both life sciences and information systems, using open access tools and claiming independence from both academic and corporate institutions.”

Alex Sayf Cummings: Democracy of Sound: Music Piracy and the Remaking of American Copyright in the Twentieth Century (2013) “It was a time when music fans copied and traded recordings without permission. An outraged music industry pushed Congress to pass anti-piracy legislation. Yes, that time is now; it was also the era of Napster in the 1990s, of cassette tapes in the 1970s, of reel-to-reel tapes in the 1950s, even the phonograph epoch of the 1930s. Piracy, it turns out, is as old as recorded music itself.

In Democracy of Sound, Alex Sayf Cummings uncovers the little-known history of music piracy and its sweeping effects on the definition of copyright in the United States. When copyright emerged, only visual material such as books and maps were thought to deserve protection; even musical compositions were not included until 1831. Once a performance could be captured on a wax cylinder or vinyl disc, profound questions arose over the meaning of intellectual property. Is only a written composition defined as a piece of art? If a singer performs a different interpretation of a song, is it a new and distinct work? Such questions have only grown more pressing with the rise of sampling and other forms of musical pastiche. Indeed, music has become the prime battleground between piracy and copyright. It is compact, making it easy to copy. And it is highly social, shared or traded through social networks–often networks that arise around music itself. But such networks also pose a counter-argument: as channels for copying and sharing sounds, they were instrumental in nourishing hip-hop and other new forms of music central to American culture today. Piracy is not always a bad thing.

An insightful and often entertaining look at the history of music piracy, Democracy of Sound offers invaluable background to one of the hot-button issues involving creativity and the law.

– Provides a political and historical perspective on the rise of the “information economy.”
– Discusses rare and little-known unreleased songs by the Beatles, which are potentially controversial because of their racial content.
– Shows how piracy has been integral to the music industry through much of its history and how pirates have influenced copyright law.”