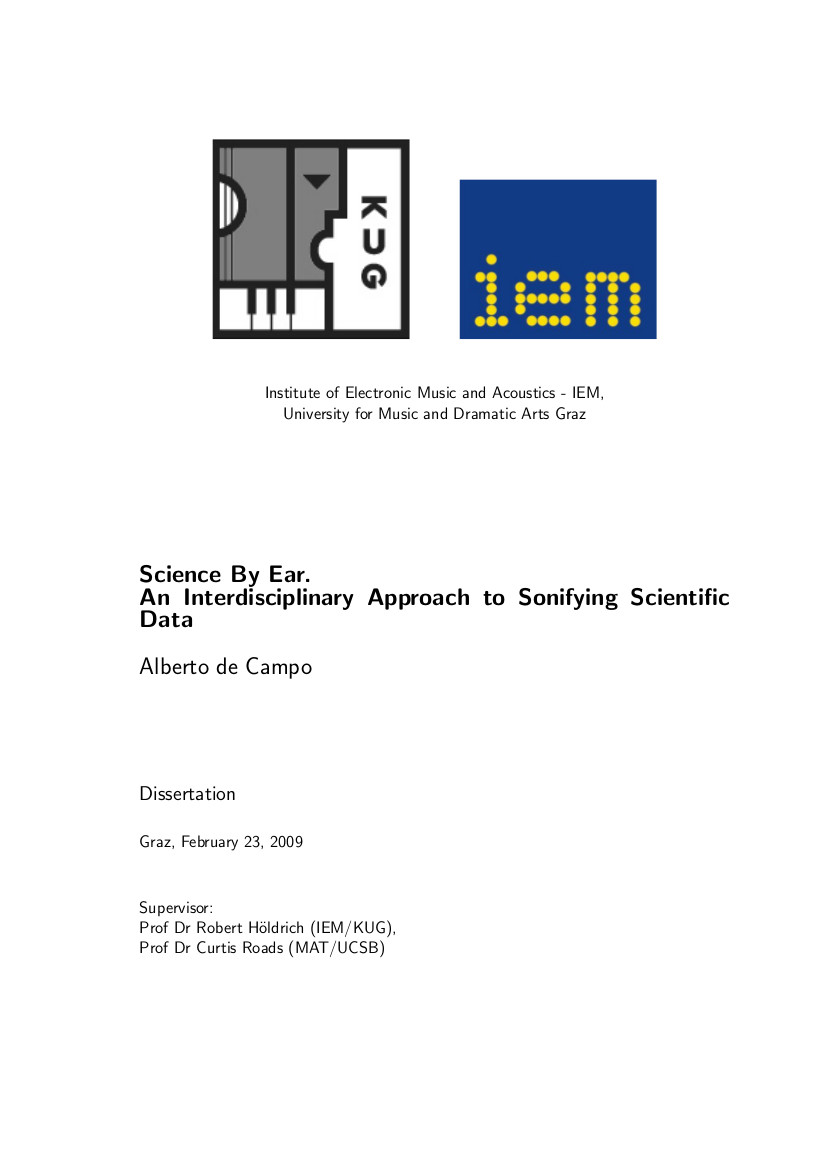 Sonification of Scientific Data is intrinsically interdisciplinary: It requires collaboration between experts in the respective scientific domains, in psychoacoustics, in artistic design of synthetic sound, and in working with appropriate programming environments. The SonEnvir project hosted at IEM Graz put this view into practice: in four domain sciences, sonification designs for current research questions were realised.

This dissertation contributes to sonification research in three aspects:

The body of sonification designs realised within the SonEnvir context is described, which may be reused in sonification research in different ways.

PDF
View online (on Scribd.com, from the author) 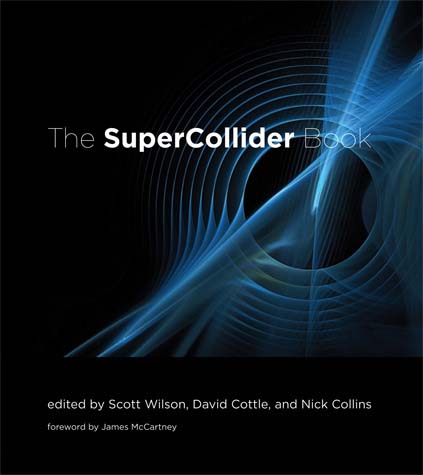 “SuperCollider is one of the most important domain-specific audio programming languages, with potential applications that include real-time interaction, installations, electroacoustic pieces, generative music, and audiovisuals. The SuperCollider Book is the essential reference to this powerful and flexible language, offering students and professionals a collection of tutorials, essays, and projects. With contributions from top academics, artists, and technologists that cover topics at levels from the introductory to the specialized, it will be a valuable sourcebook both for beginners and for advanced users.

SuperCollider, first developed by James McCartney, is an accessible blend of Smalltalk, C, and further ideas from a number of programming languages. Free, open-source, cross-platform, and with a diverse and supportive developer community, it is often the first programming language sound artists and computer musicians learn. The SuperCollider Book is the long-awaited guide to the design, syntax, and use of the SuperCollider language. The first chapters offer an introduction to the basics, including a friendly tutorial for absolute beginners, providing the reader with skills that can serve as a foundation for further learning. Later chapters cover more advanced topics and particular topics in computer music, including programming, sonification, spatialization, microsound, GUIs, machine listening, alternative tunings, and non-real-time synthesis; practical applications and philosophical insigh”s from the composer’s and artist’s perspectives; and “under the hood,” developer’s-eye views of SuperCollider’s inner workings. A Web site accompanying the book offers code, links to the application itself and its source code, and a variety of third-party extras, extensions, libraries, and examples.”